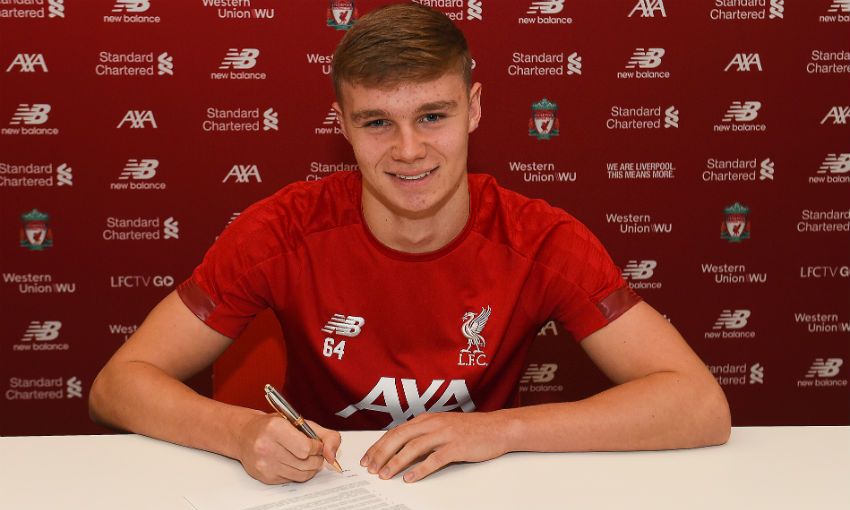 The 18-year-old striker put pen to paper on the deal at Melwood on Wednesday as he continues his rehabilitation from a long-term knee issue sustained during the Reds’ pre-season friendly at Tranmere Rovers on July 11.

Upon penning the new terms, the forward told Liverpoolfc.com: “It's a great feeling obviously.

"I was disappointed to get my injury at the start of the season, but it's a great feeling and it shows that the club has got faith in me. Now I can just focus on my rehab and get back on the pitch.

"I've been at the club for so long and I just want to keep going and see where it takes me. Hopefully I can crack on now and keep going. The contract makes it easier.

"Mentally, it's good to be able to focus on the rehab and know that there's people that have faith in me and they know I'll come back from my injury stronger and I'll be ready when I'm back on the pitch."

After firing 28 goals for the club’s U18s during 2018-19, Glatzel was involved with Jürgen Klopp’s first-team squad at Melwood this summer prior to the injury.

His form last season helped Liverpool clinch the FA Youth Cup, with the striker claiming the title of the tournament’s top scorer with eight goals.