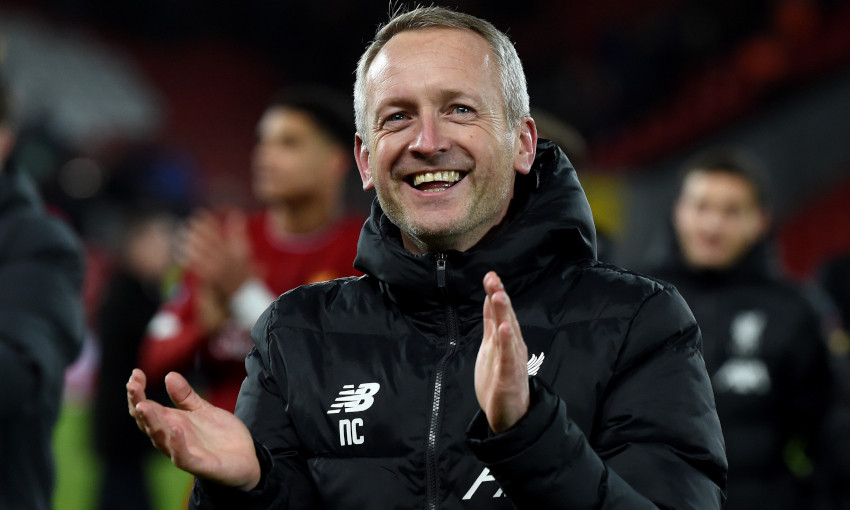 UEFA Youth League preview: 'Everyone is excited for Benfica tie'

Jürgen Klopp gave his best wishes to Neil Critchley as he explained why the Liverpool U23s manager's departure to take charge of Blackpool is an example of how the club wants to operate.

It was confirmed on Monday morning that Critchley, who took charge of two first-team fixtures this season, has been appointed the new boss of the League One side.

Klopp was asked about the news at his pre-Chelsea press conference shortly after the announcement and revealed his delight for Critchley’s next step.

“Congratulations to Blackpool and to Neil, it’s a great thing,” said Klopp.

“It’s a nice challenge for him, a nice opportunity. He wanted to take it, he asked the club and we said, ‘Yes, of course.’ It’s really nice because it shows it’s possible that you can make your way as a youth or U23 coach as well, that’s always what we wanted to have.

“We wanted to have the best people here in all different departments, that means in all the coaching roles as well. That means there are some requests – and will hopefully be more in the future – from other clubs. That’s exactly how it should be, we don’t want to have somebody here for like 20 years who is doing the same job. No, it’s exactly like that.

“I’m really happy for him that he got that opportunity and that he takes it. It’s a big club and hopefully everything will go well.”

'Jürgen Klopp called me - it was surreal, such a great feeling'