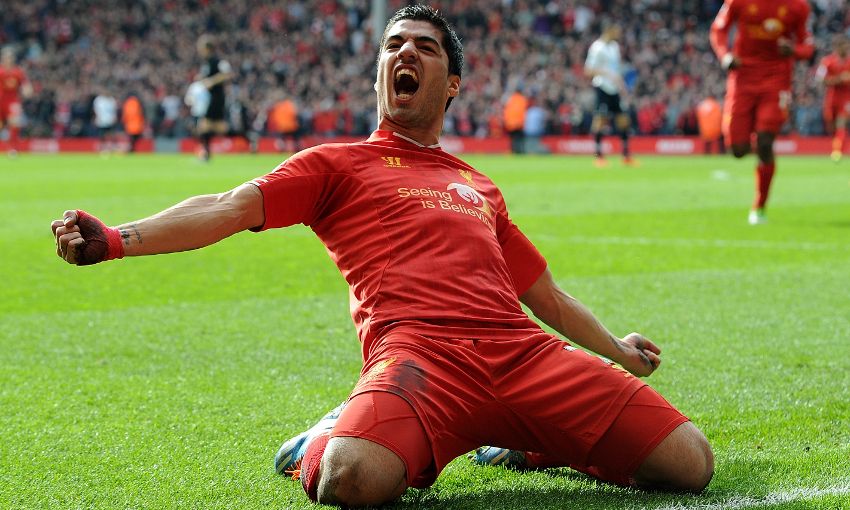 On demand: Watch 'This Is Anfield' documentary now

'Amazing' Anfield remains unlike any other stadium Luis Suarez has played in, he insists, because of the unique backing of the fans who fill Liverpool's home.

More than two years have now passed since the Uruguayan last represented the Reds at a ground where he evolved into one of the greatest stars in world football.

His 31 goals in 33 league games for the club in his final season catapulted Suarez into the elite and, in turn, so nearly helped to secure a long-awaited championship.

Anfield was captivated by his sublime individual talent, the work-rate that supplemented it and the way he dovetailed with the teammates around him.

The feeling was clearly mutual.

Asked to describe his former home with just a single word, the 29-year-old wastes little time in deciding upon a response: ‘Amazing’.

And in speaking further to Liverpoolfc.com about Anfield, Suarez’s deep appreciation for the ground and the supporters within it is obvious.

“I had a moment at Liverpool when we lost the game and played really badly, and they helped get us up. This is really good for players and we like that.

“I had a few really good moments. My debut, when I played the first game, was an amazing moment for me. When I scored – it was a dream for a player.

“And when we won against Manchester City, when we had a really good chance to win the Premier League.

“And when I came back last year to play with Stevie and Fernando [in the all-star charity game], that was a really good moment. I have a lot of moments in my heart from Anfield.”