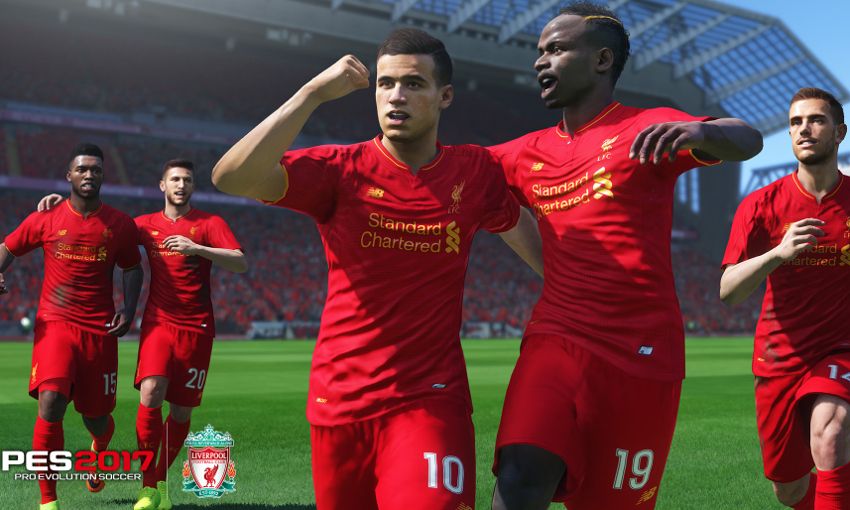 Liverpool FC’s official partner, Konami Digital Entertainment BV, has announced entries to the second season of the 2016-17 PES League Road to Cardiff are now open – which will give some European players a chance to showcase their skills at Anfield later this year.

Four pro-players booked their places at the world finals in Cardiff on June 3 after the Nou Camp hosted last weekend’s incredible season one regional finals.

Those who missed out still have an opportunity to compete in their respective European national qualifiers to reach their national finals.

16 challengers from across the continent will then contest the regional final at our very own Anfield in April for the final four European spots, where they will be given a taste of the intensity of what the world finals have to hold should they progress.

The PES League Road to Cardiff, the official UEFA Champions League eSports tournament, is offering a fantastic $200,000 first prize this year, with those in second and third place receiving $100,000 and $50,000 respectively. In addition, the winner of the season two regional finals will receive an impressive $20,000 along with their invitation to Cardiff

Konami’s Jonas Lygaard, senior director of brand and business development, said: “The immense popularity of PES League season one culminated in an exciting final in Barcelona watched by millions of fans online. Now we’re looking forward to welcoming back thousands of PES gamers who want to try their hand one more time for a shot at glory.

“We’re also excited by the prospect of season two being even more thrilling with many more PES players new to the tournament this time around.

“With the regular European football season approaching its crescendo, we hope PES League season two parallels the top football leagues in the continent in terms of passionately contested games.

“There is absolutely everything to play for, not least the honour of participating at one of the world’s most famous stadiums in Anfield.”

The second European season of PES League Road to Cardiff begins today (February 23) and runs until March 23, 2017. It is available exclusively to PlayStation 4 and PlayStation 3 users playing PES 2017 and those using the new free-to-play PES 2017 trial edition.

Once registered, players will be able to track their PES League mode progress online, with the best performers advancing to national finals between March 24 and April 9, 2017.

To sign up for season two of the 2016-17 PES League tournament and for further information, including up-to-date standings, please visit www.pesleague.com.

Where legends are made... PES 2018 coming this September