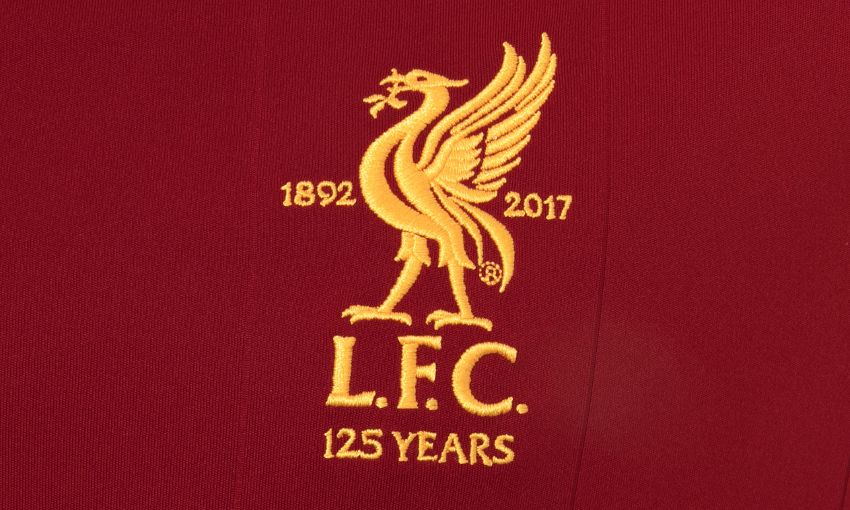 Liverpool FC's anniversary home kit for 2017-18 was revealed on Thursday morning, with plenty of stylish features to admire on the New Balance strip.

The redesigned shirt, shorts and socks take inspiration from Reds history as the club prepares to celebrate its 125-year milestone this coming June.

A unique anniversary strip and a special crest...

The kit for next season proudly celebrates Liverpool’s 125th anniversary year, with a commemorative Liver bird crest embroidered onto the breast of the jersey – a unique feature of the New Balance kits for 2017-18.

Flanked by the anniversary dates of ‘1892’ and ‘2017’ and with a ‘125 Years’ subtitle in a simple format, the emblem takes pride of place alongside the white branding of New Balance and Standard Chartered to highlight the landmark event. 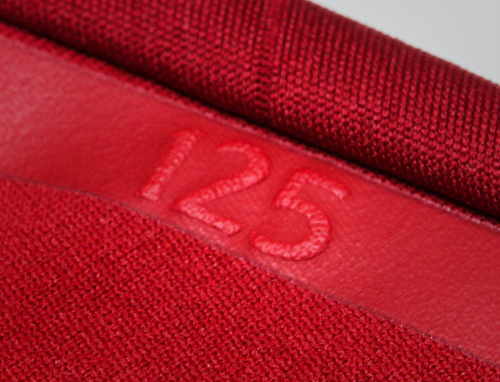 The shirt also features a debossed ‘125’ to the shoulder seam tape, while the commemorative Liver bird crest is included on the shorts too.

“Our 125th anniversary is a great moment for us all to celebrate our heritage,” said Reds captain Jordan Henderson. “And this kit really reflects that, especially as it features the anniversary crest – we’ll wear it with pride.”

A retro look and a different red…

New Balance’s kit design is rooted in LFC history, drawing particular influence from previous strips – including that worn for the 1984 European Cup final in Rome.

Returning to a rich, darker red, the retro-style shirt incorporates tonal pin stripes which acknowledge the all-conquering Reds teams of the 1980s.

The jersey is framed with a v-neck white-tipped collar and the strip is completed, of course, by red shorts and red socks with white trim.

The likes of Loris Karius and Simon Mignolet will sport a different green goalkeeper kit next term, meanwhile, with a white crest and white branding complemented by a tonal, three-colour sleeve pattern. 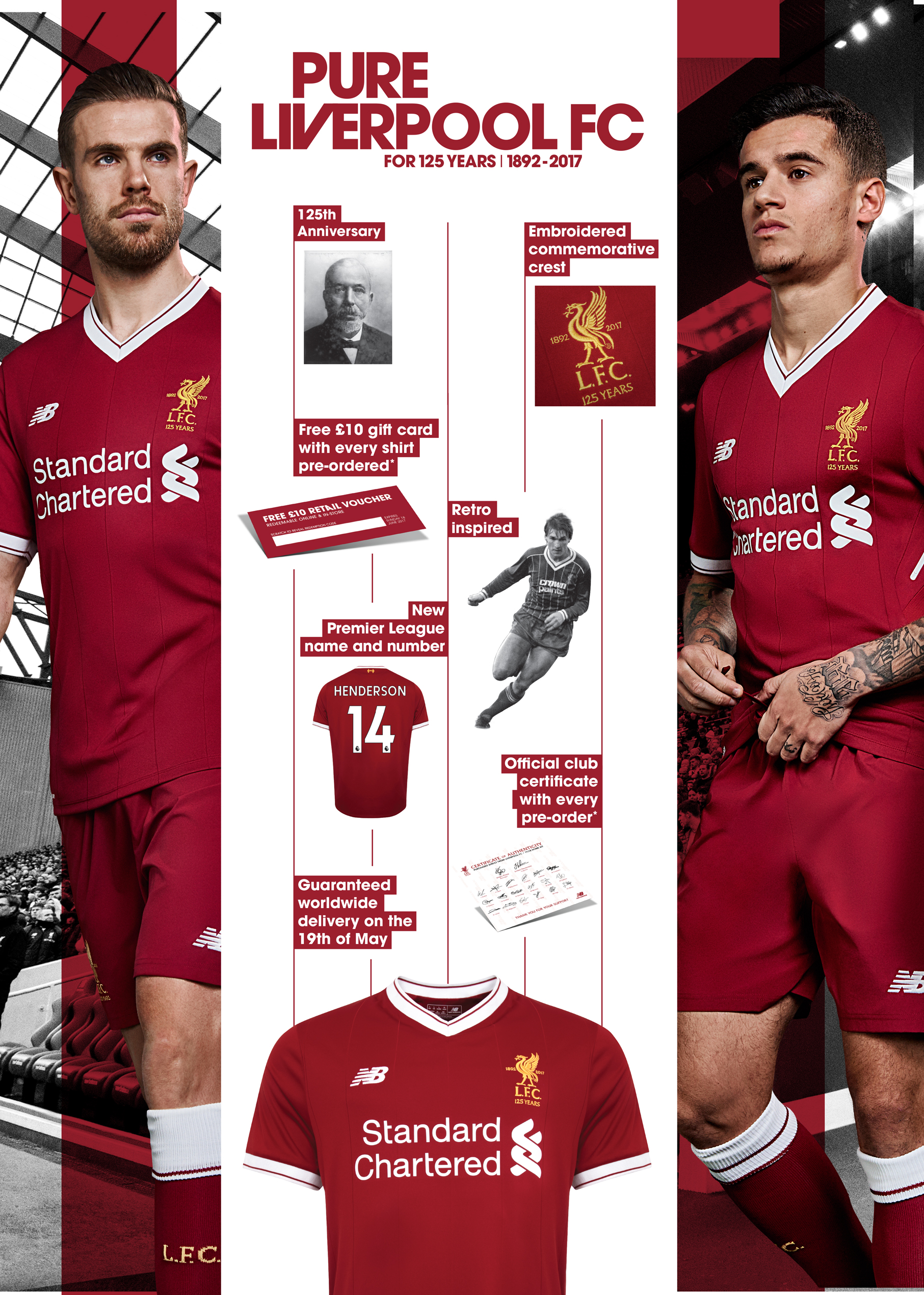 And everything that comes with it…

Pre-order the new kit from official LFC stores or at our online store and you’ll receive more than just the strip itself on the launch day, Friday May 19.

A special certificate of authenticity, adorned with the signatures of first-team players, will come free with your order – as a thank you for your support for the club.

Purchase an adult shirt, junior shirt, mini kit or baby kit ahead of the release date and you’ll receive a £10 LFC Retail voucher to spend in store or online between May 22 and June 19.

Plus, as an extra treat for younger Reds, get a free kit bag when you order a kids home kit, infant kit or baby kit before May 31 (while stocks last).