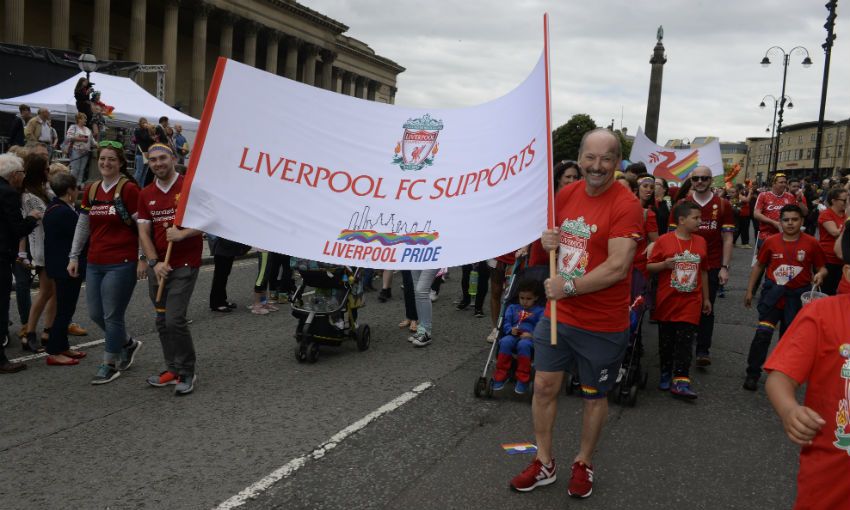 Liverpool FC showed its colours in support of Liverpool Pride across last weekend - and our photographers were present to capture the best of the club's participation in the festival.

LFC CEO Peter Moore led club employees at the festival's city centre march alongside Kop Outs, an LGBT fan group for Liverpool fans and the wider community, in a celebration of the culture of the city.

Meanwhile, the club's city centre retail stores featured Pride-themed window displays as staff wore colourful clothing, and the Kop joined many iconic buildings across the city in being lit up in the colours of the rainbow flag as part of Liverpool Pride’s ‘Come Out of the Shadows’ initiative.

View a full photo gallery of a fun-filled weekend at the festival - which was created in 2010 in memory of murdered gay teenager Michael Causer and is a celebration of the LGBT (lesbian, gay, bisexual, transgender) communities - below.

Photos: A closer look at Reds' new Nike away kit