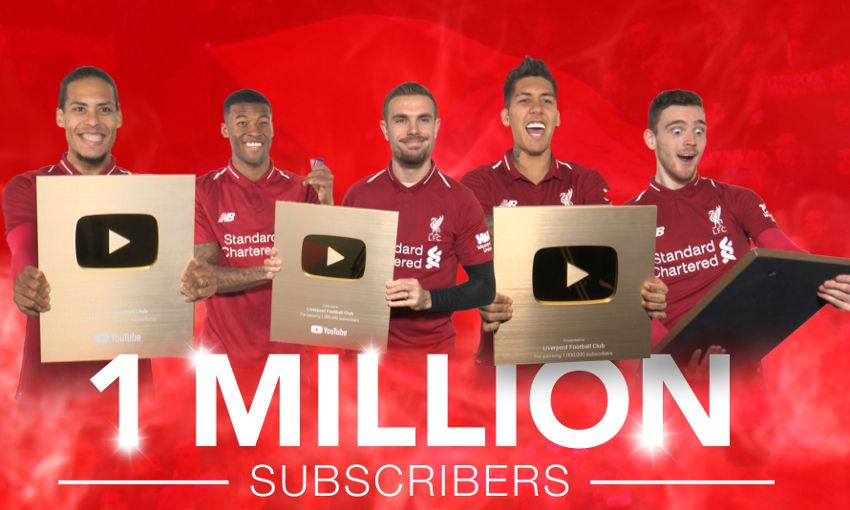 Since committing to creating content specifically for the video-sharing platform in the summer of 2016, the club has added almost 600,000 new subscribers, with video views doubling in that time.

Features such as 'Inside Anfield', which takes viewers behind the scenes on the Reds' home matchdays, have been incredibly well-received by fans and seen watch-time soar.

The channel also boasts popular series such as Kop Kids, Alternative Commentaries, LFC Carpool and new signing vlogs, while every single one of Jürgen Klopp's press conferences are streamed live.

And in December, the club began subtitling all content in English, with languages such as Thai, Indonesian and Arabic are also catered for.

So why not subscribe now to catch all these unmissable videos? Head to YouTube.com/LiverpoolFC to find out more.