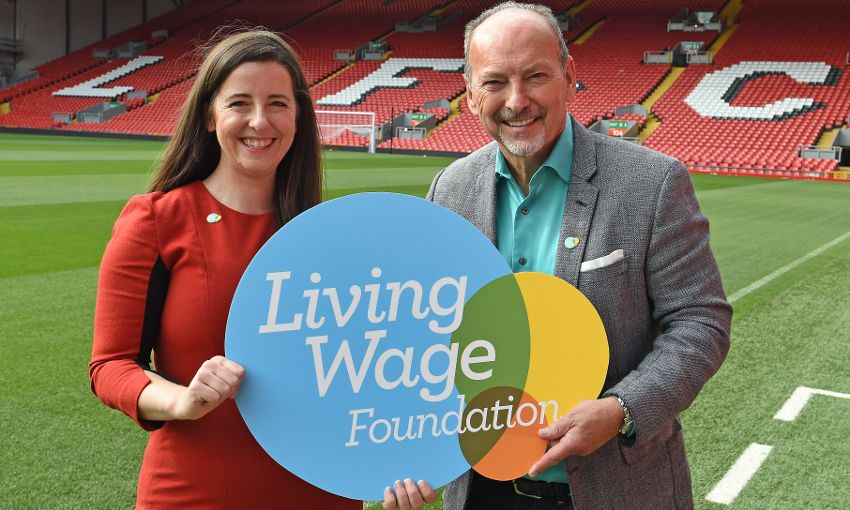 Liverpool FC has been presented official accreditation by the Living Wage Foundation, further to announcing its commitment to pay the real Living Wage.

The voluntary commitment sees directly employed staff, including casual workers over the age of 18, receive a minimum hourly wage of £8.75 in the UK (or £10.20 in London) - a rate significantly higher than the national minimum wage for over 25s of £7.83 per hour introduced in April 2018.

As part of LFC’s commitment, the club will also work with its third-party agencies and suppliers to implement the Living Wage over the next three years, ensuring all those working for the club via third-party suppliers are guaranteed to be paid the real Living Wage if they are not already receiving it, bringing them in line with the Living Wage Foundation’s recommended rates.

“As a club, we have paid the national minimum wage at the higher rate only for many years and we believe that going further to pay the real Living Wage and becoming a Living Wage employer is just the right thing to do,” said Moore.

“Our approach has been to address those directly employed staff, including casual workers over the age of 18, immediately and kick-starting a three-year process to ensure all those who work for the club via third-party suppliers are paid the real Living Wage within three years, if they are not already receiving it.

“Liverpool Football Club is very proud and committed to its status as a real Living Wage employer.”

“They become the fourth Premier League club to voluntarily commit to pay a real Living Wage based on what people need to get by, not just the government minimum.

“Liverpool becomes the 4,500th organisation to commit to the simple idea that a hard day’s work deserves a fair day’s pay, and recognise that Living Wage accreditation is the mark of a responsible employer.

“The decision shows Liverpool FC’s commitment to the community and, most importantly, the matchday staff that help to deliver for the club and its fans.”