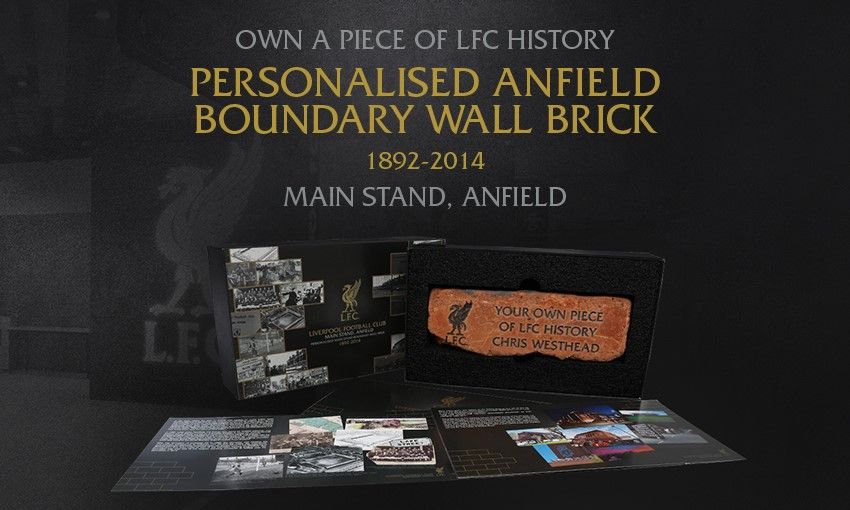 Liverpool FC Retail are pleased to offer supporters the chance to own a genuine piece of Anfield history by purchasing their own personalised Main Stand boundary wall brick.

This unique item is an actual piece of the stadium’s old boundary walls – one of the longest-standing structures at Anfield, which were in place from 1892 until demolition in 2014.

Anfield was originally developed on one of the few remaining arable fields in Liverpool, with the boundary walls determining the angle at which the stadium lay - between Anfield Road, Walton Breck Road and Oakfield Road. It is one of these original boundary walls that became the north-western edge of the venue's grounds.

With the formation of the club back in 1892, the wall became an ever-present backdrop to everyday Reds life and the matchday experience, featuring in the background of countless photographs and even used as part of the first-team training programme.

Those who’ve visited the new Main Stand – either on matchday or on a stadium tour - will be familiar with the grand entrance pillars to the concourse on level two, which bear the inscription: ‘This line marks the historic north-west boundary of our Anfield. 1892-2014.’ 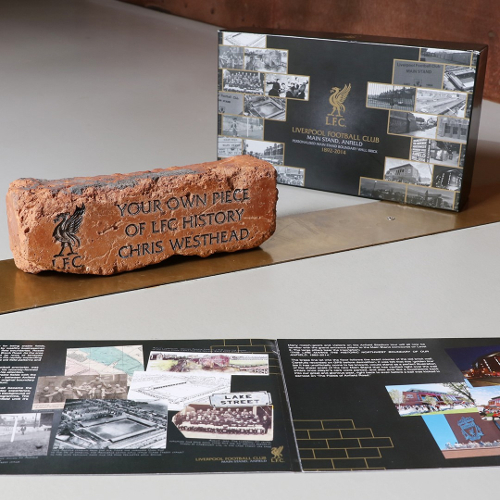 The brick is presented in a special edition collector’s box, which displays black and white images of the club’s iconic stadium, the stand itself and some of the historic players and moments it has witnessed.

Each box also contains a certificate of authenticity and a Main Stand history booklet - written by Liverpool FC museum curator Stephen Done - that are housed in a Liver Bird branded presentation envelope for safe storage.

So don’t miss out on this once-in-a-lifetime, never-to-be-repeated opportunity to own a genuine piece of Anfield and LFC history.

For more information and to purchase yours, click here.

Sale: Save 15% on LFC's Signature Collection