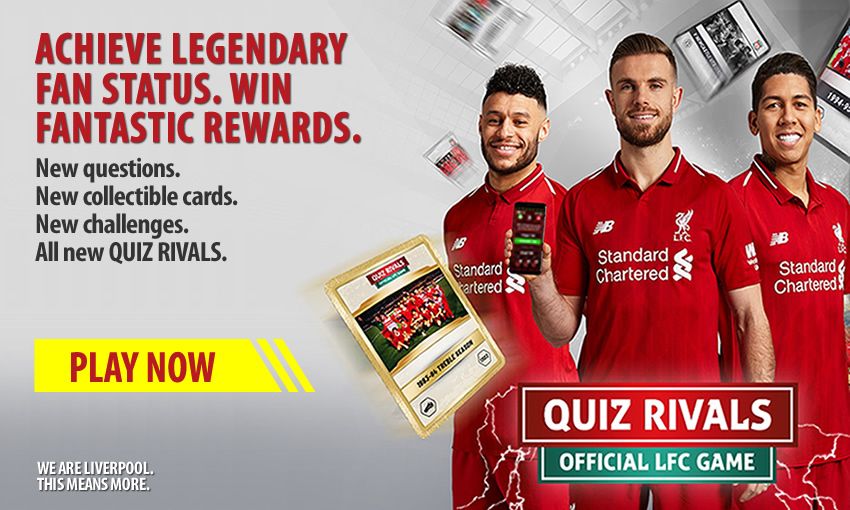 LFCTV GO: Sign up now and get a month free

The FREE app - which is available worldwide on iOS and Android devices - has been updated for the 2018-19 season, with new features including:

Quiz Rivals gives players the chance to compete to be the Reds' ultimate quiz champion in our head-to-head trivia game featuring the most memorable stars, matches and seasons in the club's history.

Have your knowledge put to the test by challenging friends and other fans worldwide to real-time quiz battles, answering questions on more than 100 LFC topics such as legendary players, managers, trophies, historic matches, and general club and fan-based subjects.

Earn and learn knowledge by winning and unlocking cards based on the various topics. Players can also use various power-ups to help defeat opponents, expand their collection and climb the various league tables - Monthly, Legendary, Friends, Global and Country - to win rewards and claim bragging rights.

The app is FREE to download and play, and is available on iOS and Android devices globally by clicking here.