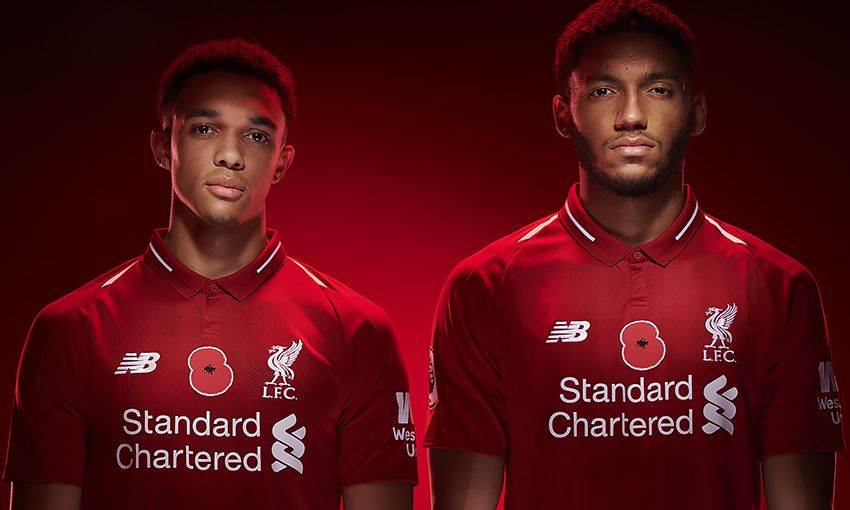 Liverpool will play in special shirts embroidered with poppies to commemorate Remembrance Day when they host Fulham at Anfield on Sunday.

The Reds' players will sign their jerseys after the match and donate them to the Royal British Legion for auction to raise funds for the Poppy Appeal.

Last year, the special edition shirts worn by the team during the fixture against Huddersfield Town raised £18,759.21 for the Royal British Legion.

These vital funds help the organisation support today's generation of armed forces families and veterans, whether they are living with an injury or illness, coping with bereavement or finding employment.

In addition to the minute's silence before the 12pm GMT kick-off, Liverpool's squad will also honour the two-minute silence at 11am, with stadium operations falling silent. Also,  the stadium's flags will fly at half-mast throughout the day in honour of the fallen.

Prior to kick-off, the teams will be led onto the pitch by Royal British Legion standard bearers Lyndsey Taggart and Eddie Flaherty, along with two service men from the RAF, Sergeant John Bullock and Corporal Jeremy Ambrose. 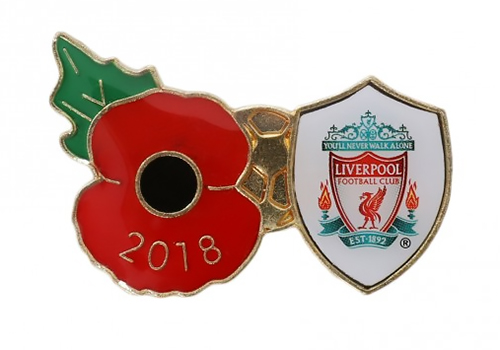 One hundred per cent of the proceeds raised from sale of the badge, which is priced at £2.99, will go directly to the Royal British Legion.

"That’s not just the British Armed Forces, but those who fought alongside them from today’s Commonwealth and the countless men, women and children who played their part on the home front.

"We’re incredibly pleased that the Premier League has chosen to support the Royal British Legion for the seventh year running. All the money generously donated by the Premier League fans will help us support today’s Armed Forces community through hardships, injury and bereavements.”

To find out more about The Royal British Legion shirt auction visit www.premierleague.com/poppy.