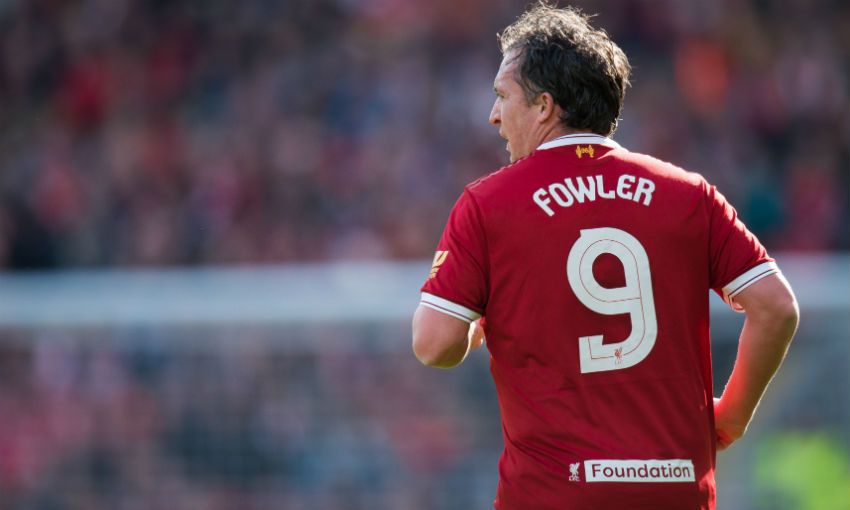 The distinction of representing Liverpool at Anfield is a feeling that will never fade for Robbie Fowler.

Fowler will captain a Reds Legends team managed by Sir Kenny Dalglish against their Milan Glorie counterparts at Anfield on Saturday.

And Liverpool’s captain, scorer of 183 goals in 369 appearances across two spells with the club during his playing career, can’t wait to wear the red shirt again.

“I love the game, I really do, and I was obviously blessed with having an unbelievable career,” Fowler told Liverpoolfc.com.

“It’s a sad day when you can’t play anymore, but when you get a chance to play in these games in front of a packed house at Anfield, putting your Liverpool kit and your boots on again, there’s no better feeling, there really isn’t.

“People throughout my career certainly treated it as a job and I think people outside the game know that as well, but for me it was never about that. I was lucky enough to play football as my profession, but it was also a hobby that I would have done anyway.

“So for me to still be playing and to be lucky enough to still be putting kits on - albeit a little bit tighter! - it’s something special, it really is.”

Fowler netted twice in the LFC Legends’ thrilling 5-5 draw with Bayern Munich 12 months ago and is determined to perform well again this time around.

“Every year they become tougher because you’re getting a little bit older and you’re probably playing against players who are a lot younger than you,” he stated.

“Again it’s cliché, but it’s about making sure you’re right and ready and then everything else will maybe fall into suit.

“Look, I’m not trying to say this is the same as a Champions League or Premier League game, but it’s probably similar in terms of your attitude and mentality as a player. You still want to do well, you don’t want to let anyone down, and it’s class getting out there with that kit on.”

On the prospect of coming up against defenders of the class of Maldini and Alessandro Costacurta, Fowler continued: “When you play football, and I’m not talking about now, certainly when you’re a player, you like to play against the best.

“When you came up against them you always tried to do the best job you could do. Obviously now it’s a bit different because we’re all a little bit older, but that pride will always kick in and you’ll always want to do well.

“A full house at Anfield, you don’t want to let anyone down: yourself, the crowd, your kids who are a lot older now than when you were playing - so they can probably be a little bit more horrible if you like, so you’ve got to be on top of your game so you don’t get too much stick from the family!”

Tickets for the game are priced at £22 for adults, £5 for juniors and £15 for over 65s. They are available to purchase online only at: http://www.liverpoolfc.com/tickets/tickets-availability.