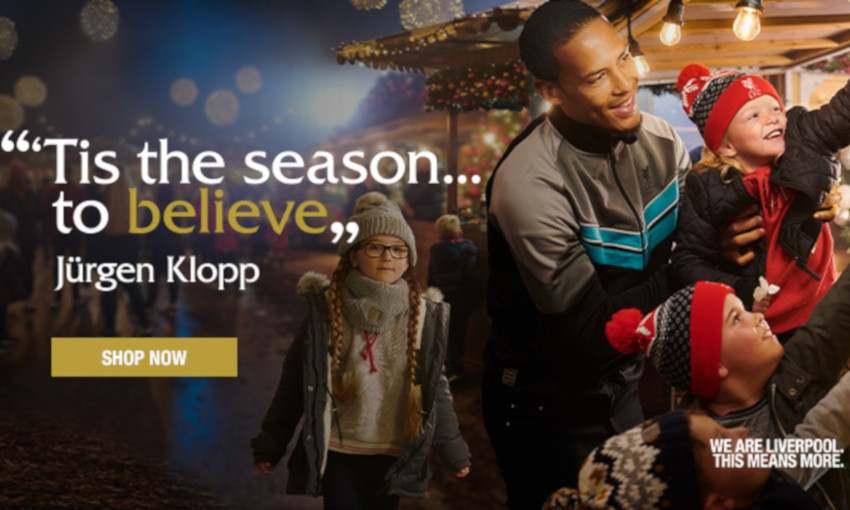 Keeping fans in suspense as to how the whole story unfolds and ends, the video is being revealed in three separate parts over the Christmas period, with the final chapter still to come soon.

The clip comes as part of the club’s Christmas campaign message ‘Tis the season to believe’ – a notion of belief in the magic of Christmas and a nod to manager Jürgen Klopp’s famous words.

Part two is available to view below...

LFC has also launched its official Christmas gifting range with a selection of exclusive presents for every Reds fan, including a wide assortment of products and experiences to choose from, such as gifts for him, her, the kids, and novelty Christmas essentials.

The full range is available to purchase now in all official LFC stores in the UK and Ireland, and online at store.liverpoolfc.com/Christmas.

Save now: Up to 30% off in the Red Weekend Sale