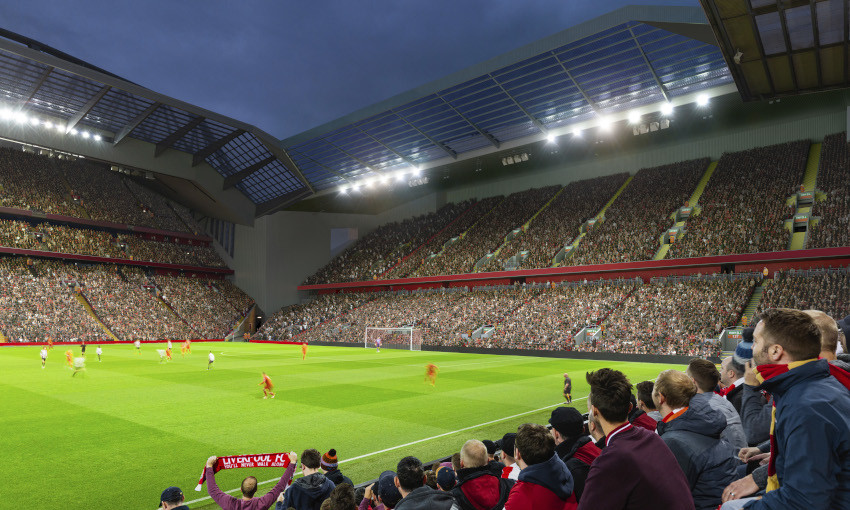 Last chance: Get one year's access to LFCTV GO for half price

Liverpool Football Club has opened a first-stage public consultation exercise to share early ideas for the proposed expansion of the Anfield Road Stand and to listen to the views from the local community, local businesses, supporters and key stakeholders.

The vision for the project is to create a bigger Anfield stadium, which will see more fans watch some of Europe’s best live football in a world-class facility in the heart of Liverpool.

The club is hosting a number of drop-in events to share the early-stage plans for the proposed Anfield Road Stand expansion. The public events will begin on Friday November 29 at 4pm GMT and will take place in the Kop Bar at Anfield.

The plans are in early design development and feedback received at these drop-in sessions will enable Liverpool FC to make informed decisions as the plans for the stand evolve. The club is still committed to finding the best possible solution for the proposed Anfield Road Stand expansion.

The current proposals would see the capacity of the Anfield Road Stand increase by around 7,000 seats, the majority of which will be general admission, with some sports bar/lounge hospitality being offered.

Should the expansion go ahead, it would take the overall stadium capacity at Anfield to over 61,000. 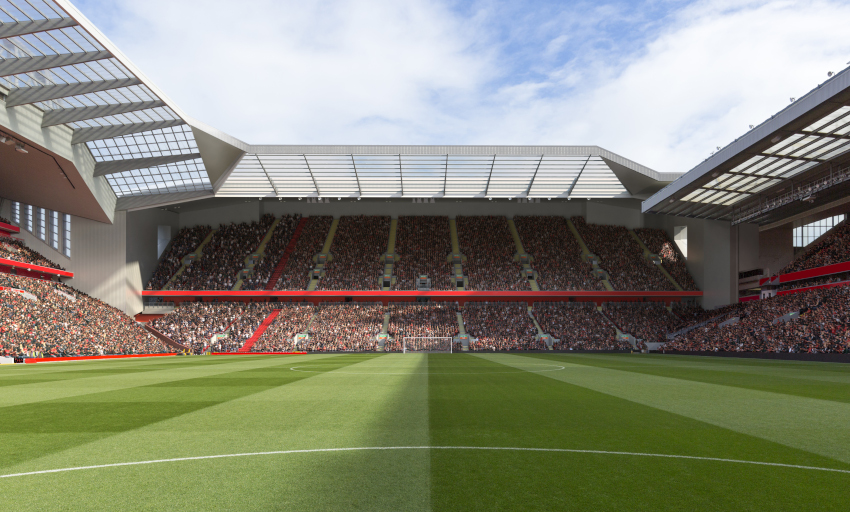 The new proposals are consistent with the previously consented scheme. Although the majority of Anfield Road will remain open for residents and businesses, a short section of the road between Skerries and 96 Avenue would be closed. Access for pedestrians and cyclists would be retained around the proposed expanded Anfield Road Stand.

Andy Hughes, LFC’s chief operating officer, said: “For any expansion to the Anfield Road Stand to go ahead we need certainty on three key areas. Firstly, that we are able to reach agreement with local residents, businesses and community groups that they will allow the expansion plan to take place, which will mean closing a short section of Anfield Road between 96 Avenue and Skerries Road.

“Secondly, that we have the right sustainable financial and economic model in place to deliver a long-term sustainable Anfield. And lastly, that we are able to successfully navigate the complex planning landscape. We need to be satisfied on all three points for work to proceed.

“We are working towards creating an expanded Anfield Road Stand which will see around 7,000 additional seats. The majority of these seats will be for general admission use and we expect some seats will be allocated for a sports bar/lounge-type hospitality in order to ensure the economic viability of the expansion. Further profiling is needed and we expect to provide more detail at the second-stage consultation early next year.

“These first-stage consultation sessions we are holding are crucial as they will be used to inform the design proposals we are developing, which in turn will help us to make a decision on whether to proceed with the expansion as a whole.”

The plans for the proposed Anfield Road Stand expansion include exploring the opportunity for permanent permission to hold concerts and other major events at Anfield, including other sporting events such as Gaelic games and American football outside of the matchday calendar.

In addition, there will be a project information pod in place on Anfield Road car park on Saturday November 30 from 12pm until 3pm at the Liverpool v Brighton fixture and on Wednesday December 4 from 5pm until 8pm at Liverpool’s encounter with Everton.

Information about the proposals can be found at www.liverpoolfc.com/anfieldroadexpansion.