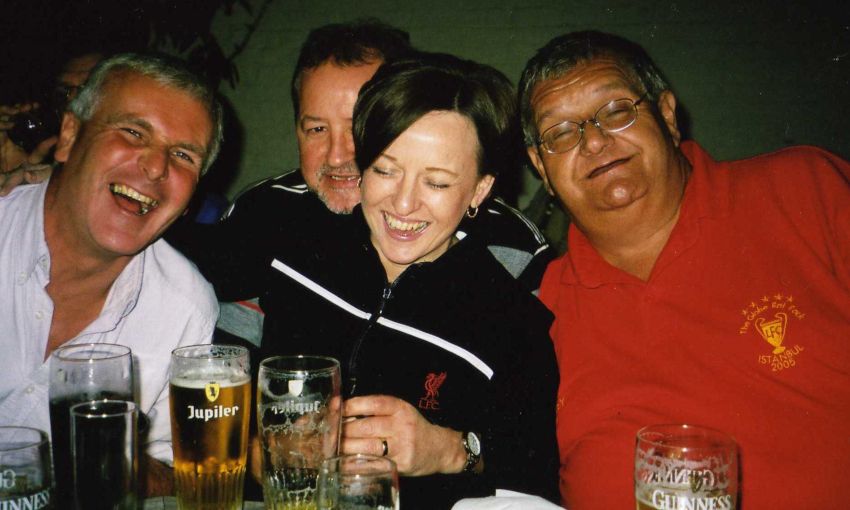 LFCTV will today pay tribute to the passionate dedication of one of the club's greatest supporters, Bobby Wilcox.

Our hour-long documentary about his life will air on the channel at 9pm BST – and it is available to watch on LFCTV GO for free at any time.

12th Man: Bobby Wilcox remembers a man who was familiar to fans of all ages, revered for his dedication and adored for his personality.

When he sadly passed away in January 2009, messages of love poured in from all around.

“Someone said to me that if Shankly was the best manager and Dalglish the best player then Bobby Wilcox was the best supporter,” said Jamie Carragher. “I don’t think there can be any greater tribute than that.”

Bobby travelled the length and breadth of the country with his beloved club.

He saw it all with the Reds; from the building of the bastion under Shankly to the miracle that was Istanbul in 2005, and he was an ever-present throughout.

His renowned ‘Wilcox Tours’ became the best way for Kopites to travel; and Bobby was the life and soul of the journey, in good times and bad.

“If we got beat and we were feeling down, he’d get us all together and give us a Shankly-style pep talk,” explains his good friend Phil Aspinall.

“Then he started a great big sing-song and everybody felt great again. Bobby had everyone under his spell.”

His spell extended to the club’s first-team stars.

No-one at Liverpool, it seemed, was ever far from Bobby’s charm.

“After away games when we were coming back on the train, I would often leave the other players to wander down to the buffet car and sit with Bobby and the guys,” explained Phil Thompson.

“He had so many great stories and was a true Red. His spirit will live on at Anfield for generations to come.”

To get an idea of how vast and inspiring Bobby’s spirit was, take an hour out to watch our documentary today.

Hear from his friends, his family and the footballers he supported who were, in turn, inspired by him.

And remind yourself why we all, like Bobby, fell in love with this football club in the first place.