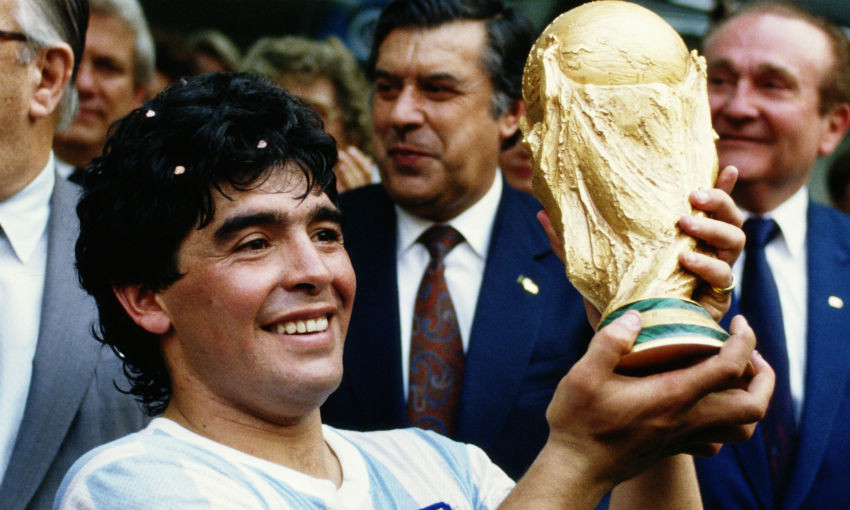 Jürgen Klopp has paid tribute to Diego Maradona after the Argentinian legend passed away on Wednesday.

Speaking to BT Sport before Liverpool’s Champions League tie with Atalanta BC, the boss said: “It’s like, I’m 53 years old and it feels like my entire life, he was part of it. When I was very, very young – maybe eight or nine, 10 years old – I saw him for the first time and he was 16 or 17.

“In any video, juggling the ball, from that moment on he was the player for me.

“It’s like, from an international point of view there’s Pele, Maradona, Messi, if you want – one Brazilian and two Argentinians. I saw his documentary not too long ago; Diego was a sensational guy, Maradona had some struggles, let me say it like this. I will miss both.”

A true great of the game. Rest in peace, Diego Maradona. https://t.co/jImGjnjhUl