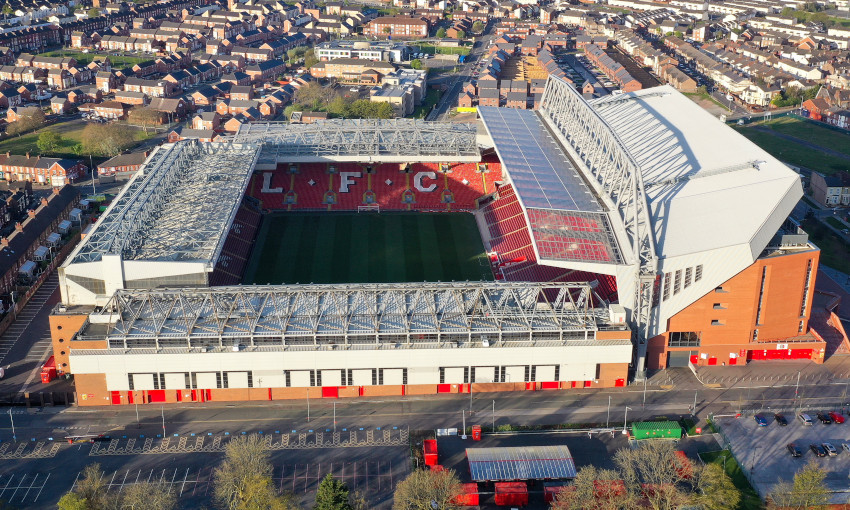 Liverpool FC is returning to its normal season ticket scheduling in preparation of the new Premier League season starting in August 2021.

The club will be contacting season ticket holders individually to start the renewal process to be as prepared as possible for when supporters can return to watch the Reds at Anfield.

Season ticket prices will also be frozen for a sixth successive season.

During the 2020-21 season, the renewal of season tickets was temporarily suspended due to the majority of games being played behind closed doors as a result of the COVID-19 pandemic.

Phil Dutton, vice president of ticketing and hospitality at Liverpool FC, said: “The last year has been extremely challenging as we have been unable to welcome supporters into Anfield due to the ongoing pandemic. The safety of all our fans, staff and players has been, and always will remain, our main priority.

“The time has now come to plan for next season, and we want to ensure we are as ready as possible for when restrictions are eased to allow supporters back in Anfield. We think it is prudent to be prepared as a club and allow our season ticket holders to plan to return to Anfield. We are in constant dialogue with Liverpool City Council’s public health team, and we are committed to continue working in partnership on all health and safety protocols.

“Supporters have been greatly missed at Anfield this season and we thank everyone for their patience, understanding and continued support. We can’t wait to have them back.”

The club will be offering supporters the option of spreading the cost of their 2021-22 season ticket. More information is available here.

Fans can also request to take a one-year season ticket holiday should they be unable to attend Anfield during the 2021-22 season.

LFC is also finalising plans around renewals for official memberships, with ticket sale details that are in line with government guidance. All official members will be contacted separately in the coming weeks.

The safety of all those in attendance at Anfield next season will remain important and the supporters’ charter ensures that everyone is aware and agrees to uphold the safety conditions while attending games.

LFC will contact all season ticket holders via email regarding the renewal process, important dates and additional FAQs over the next week. View the latest FAQs here.