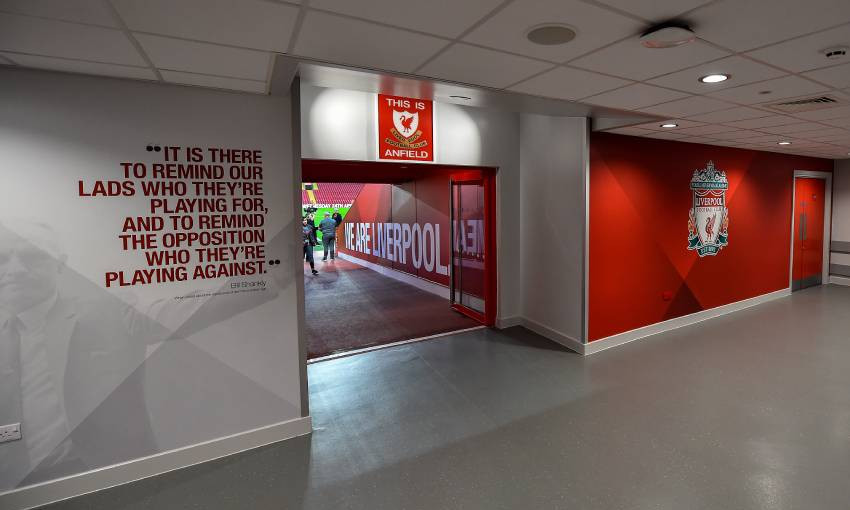 Season ticket holders will feature on one of Anfield's most important locations for the coming season.

The players’ tunnel will feature the names of more than 27,000 season ticket and seasonal hospitality members when brand new artwork is installed this summer.

The names will form the shapes of the letters in two well-known club phrases – ‘You’ll Never Walk Alone’ on one side and ‘We Are Liverpool’ on the other. The tunnel will remain red with the names featured in white.

After a season without fans, the artwork is a celebration of their continued support and places their names right where the Reds walk out for every home game.

Supporters who will feature on the wall have been notified and have until 5pm BST on Tuesday July 6 to let the club know if they do not wish to be part of the project. The Fan Services team can be contacted here.