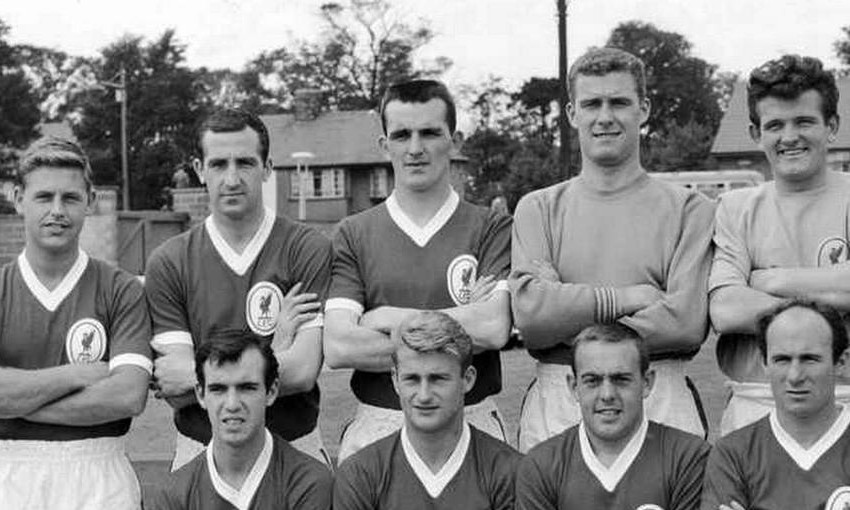 Leishman – back row, centre in the image above – made 118 appearances and scored seven goals for the club to help secure promotion out of the Second Division and back to the top flight under Bill Shankly.

Tommy had sealed a transfer to Anfield from St Mirren in November 1959, just weeks before Shankly’s revolutionary managerial tenure began.

The wing-half featured in 17 games during the remainder of the 1959-60 campaign and became a mainstay of the Liverpool XI in the next two seasons.

Indeed, he missed only three league fixtures in 1960-61 and 1961-62, with the latter season finally yielding the return to the First Division craved by the club.

Leishman’s game time diminished as Shankly reshaped his side for the demands of top-flight football, however, and he embarked on a new chapter in his career by returning to his native Scotland and joining Hibernian in January 1963.

Spells with Linfield in Northern Ireland – where he was installed as player-manager and led the side to the European Cup quarter-finals in 1967 – and then Stranraer back in Scotland followed.

The thoughts of everyone at Liverpool FC are with Tommy’s family and friends at this sad time.