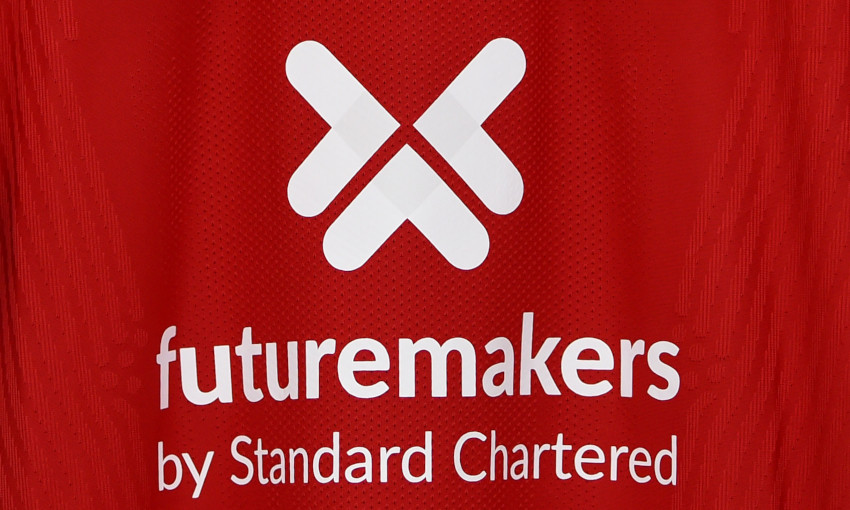 Kit out your fan cave with LFC's new accessories

This season’s logo swap – which aims to raise awareness and funds for the Futuremakers initiative – will take place during the Premier League match against Manchester City on Sunday.

And, for the first time, Standard Chartered is also swapping its logo on the LFC Women’s team’s shirts during their game against Aston Villa Women on Wednesday October 13.

Want to get your hands on these shirts? 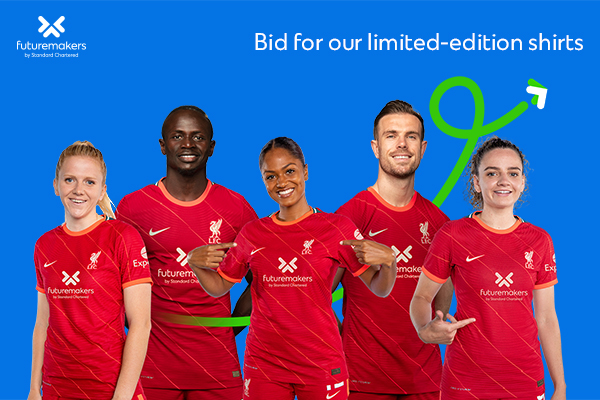 The players will sign these limited-edition shirts after their matches and Standard Chartered will auction them off at charitystars.com/collection/lfc-futuremakers-2021 from October 5 to 24.

For the campaign this year, Standard Chartered worked with the Reds’ Nathaniel Phillips and Missy Bo Kearns and the mentors who inspired them to become the players they are today.

Their mentors – in Phillips’ case, his dad; and for Kearns, boxing champion Liam Smith – have written messages of support to both players which Standard Chartered has printed inside the Futuremakers shirts they’ll wear during their respective matches this month.

.@StanChart are auctioning off signed Futuremakers shirts issued to our #LFC and @LiverpoolFCW’s players for their… https://t.co/hWH1lICk1e

About Futuremakers by Standard Chartered

Futuremakers by Standard Chartered is the bank’s global initiative that aims to tackle inequality and promote greater economic inclusion for young people across its markets.

It aims to raise USD75 million between 2019 and 2023 to empower the next generation to learn, earn and grow through programmes focusing on education, employability and entrepreneurship.