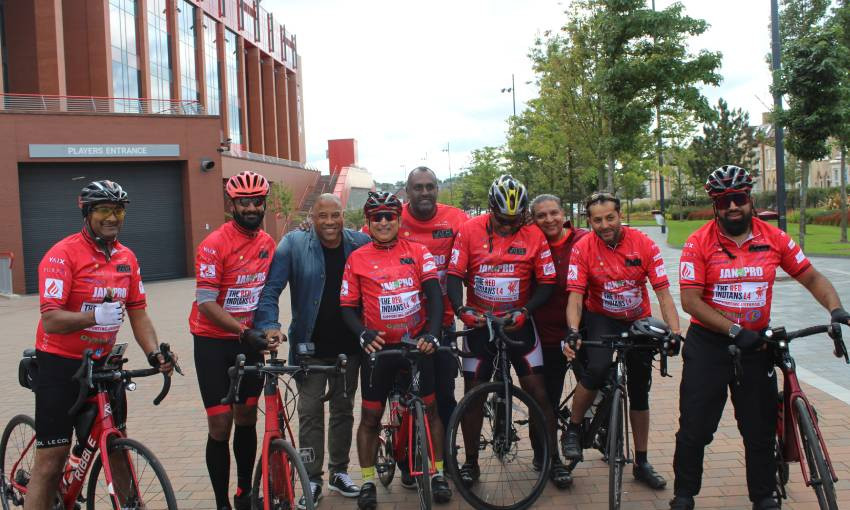 Red Weekend sale: Save up to 30% in LFC stores and online now

A group of Liverpool supporters recently completed a gruelling bike ride from Wembley to Anfield in order to raise money for charity.

The Red Indians smashed their initial £10,000 fundraising target for the colossal ride, which they concluded at L4 last month.

After starting their journey at Wembley, the riders visited the homes of MK Dons, Leicester City and Crewe Alexandra en route to Anfield.

And when Ash Thakrar, Jay Kanabar, Raj Chavda, Ariff Razzaq, Chetan Shah, Lalit Mandalia and their support team arrived at LFC's ground, they were given a warm welcome by club legend John Barnes.

So far, more than £20,000 has been raised from the cycle, with the funds being donated to four charitable causes – Fans Supporting Foodbanks, The Toy Appeal, Project GIVING and 23 Foundation. 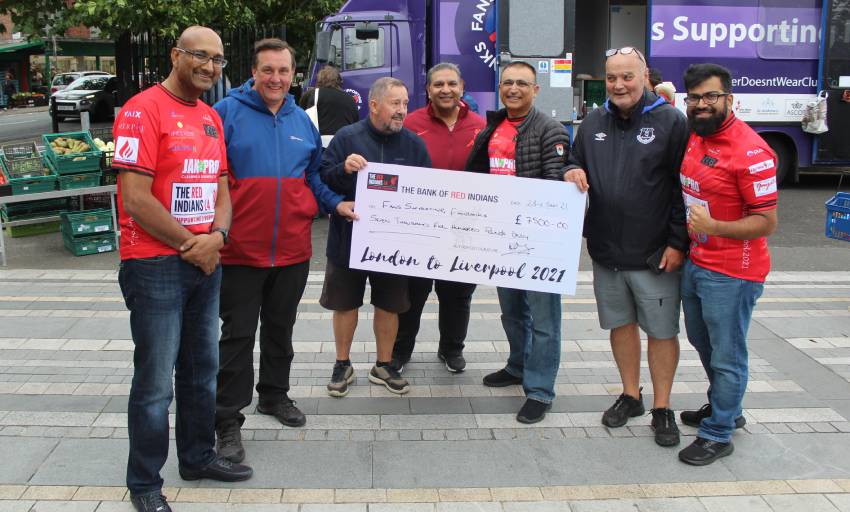 Raj Gandhi, president of The LFC Red Indians, said: "Many of the riders achieved more than their usual personal best on each of the days, so that was a very, very proud moment for all of them – in terms of the training they had put in and the effort they made for the causes.

"John Barnes has been a hero to many of the supporters that rode on that ride. For us to be greeted by him just on the off chance, it was just a blessing.

"To see one of our old-school heroes greeting us and breaking out with the jokes and the commentary was just mesmerising. It was a really beautiful touch to what had been a really amazing journey.