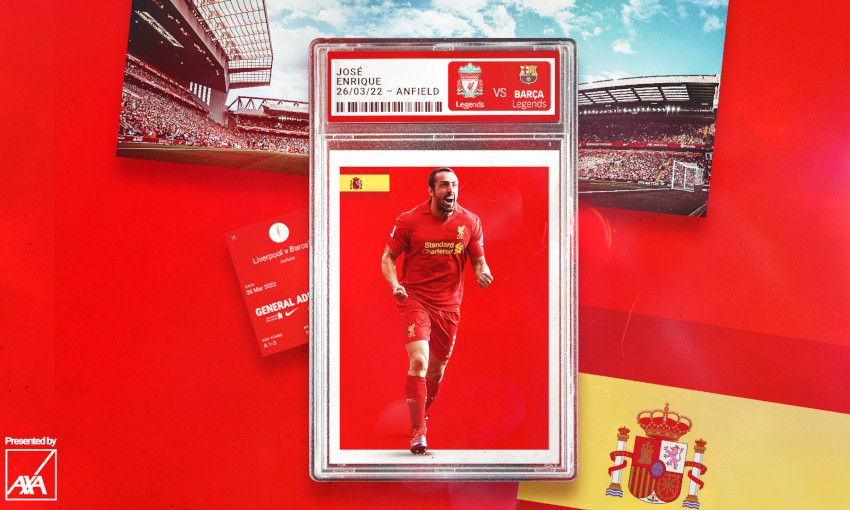 The Spaniard spent five years at Anfield after being signed from Newcastle United in the summer of 2011 by Kenny Dalglish.

Enrique helped the Reds lift the League Cup and reach the FA Cup final during his debut season and went on to make 99 appearances, scoring two goals.

He’ll make a return to the Anfield pitch on Saturday March 26 as a star-studded squad – including the likes of Daniel Agger, Luis Garcia, Dirk Kuyt, Steve McManaman, Maxi Rodriguez and many more – take on a cast of great names from Barcelona history in a special LFC Foundation event that raises important funds.

Presented by AXA and brought to you in association with Forever Reds – the official LFC former players association – proceeds from the charity match, which kicks off at 3pm GMT, will go to charitable causes including LFC Foundation, the Barça Foundation, Forever Reds and the Owen McVeigh Foundation.

Tickets for the must-see legends fixture are on sale here.