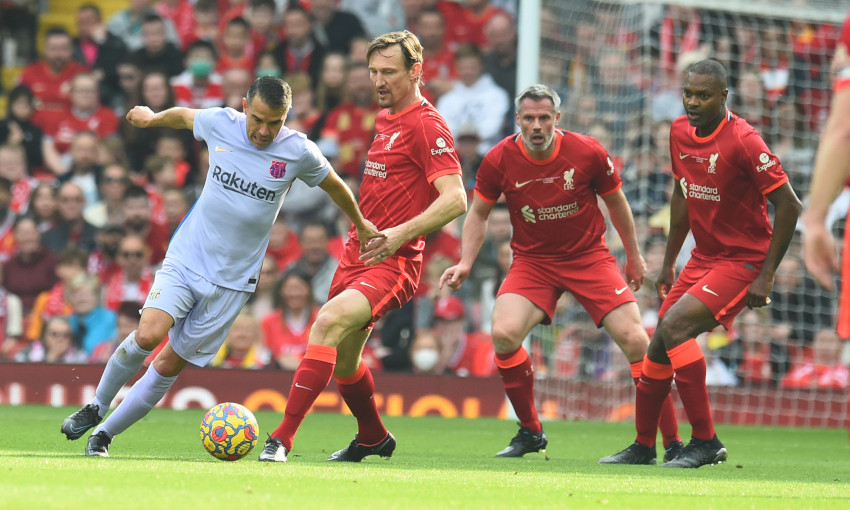 Steven Gerrard’s penalty handed the Reds a crowd-pleasing early lead, but Giovanni brought the visitors back on level terms with a well-taken goal on 44 minutes.

And the Spanish outfit sealed a comeback to take the victory shortly after the restart as Brazil great Rivaldo converted a spot-kick.

It was the only disappointment of a special occasion at Anfield with the event raising vital funds for LFC Foundation and its charity partners.

Presented by AXA, a portion of the proceeds from the game will go to Forever Reds – the club’s official former players association – as well as The Owen McVeigh Foundation, Side by Side and the Barça Foundation.

Liverpool fashioned a strong chance within two minutes of kick-off.

Glen Johnson won possession high on the right flank and Gerrard swiftly turned the ball into the middle for Luis Garcia, who had picked his spot but was denied by a lunging block by Edmilson.

With Gerrard the central driving force, the Reds were making more of the early running, though Javier Saviola did put a lobbed shot into the Kop net from Rivaldo’s clipped pass – but the offside flag was raised.

Instead, the home crowd were able to celebrate their ideal goal with 14 minutes on the clock.

Dirk Kuyt guided a through ball in behind for Gerrard to chase and, having reached the ball first, the No.8 went down in the box under the challenge of Edmilson. Up he stepped to sweep the penalty kick into the bottom right corner.

Stevie with the opener from the spot against Barcelona 🎯⚽️ https://t.co/nupXtXPJQa

Barça goalkeeper Jesus Angoy denied the Reds a second on several occasions, including an important tip over the crossbar when Kuyt’s effort from the edge of the box took a deflection.

But the hosts’ lead was cut out a minute before the break. Giovanni and Saviola smartly exchanged passes to beat the offside trap and allow the former to run in and tuck a finish past Sander Westerveld.

LFC Legends manager Sir Kenny Dalglish made 10 changes for the second half, with Gerrard the sole player to continue beyond the interval.

Among those introduced was Jerzy Dudek and the Pole had to make a couple of careful saves in the early phases, while Milan Baros was unable to convert Stewart Downing’s low cross at the other end.

Barça completed their turnaround eight minutes after the restart.

Patrik Berger’s attempted pass was seized and they sprung Giovanni to bound towards goal, his run stopped short by a Phil Babb foul inside the area. Rivaldo took responsibility and sent a perfect kick soaring into the top left corner. 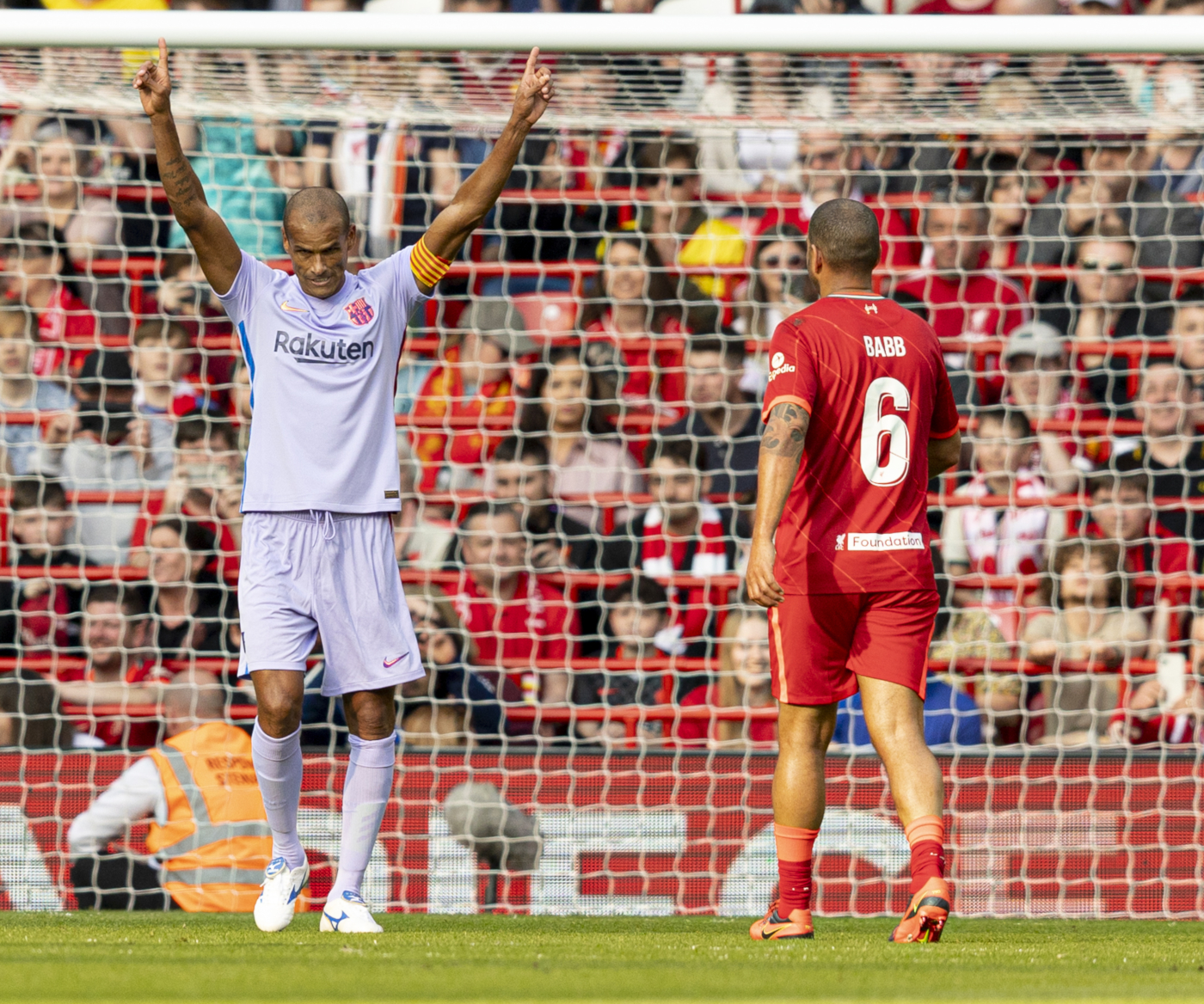 Baros soon looked certain to equalise, when Vladimir Smicer’s diagonal ball into the box fell kindly to the Czech striker, but Frederic Dehu got back to block his finish on the goalline.

Guzman then rushed from his line to make a brave and brilliant save as Baros collected Gerrard’s assist and thumped a shot at goal, and Luis Garcia – now representing the away team – dragged a low effort inches off target.

Liverpool continued to push for a late leveller to appease a hopeful capacity crowd, but Barça held on to claim the win on a day when the result was secondary to the charitable causes supported by all involved.