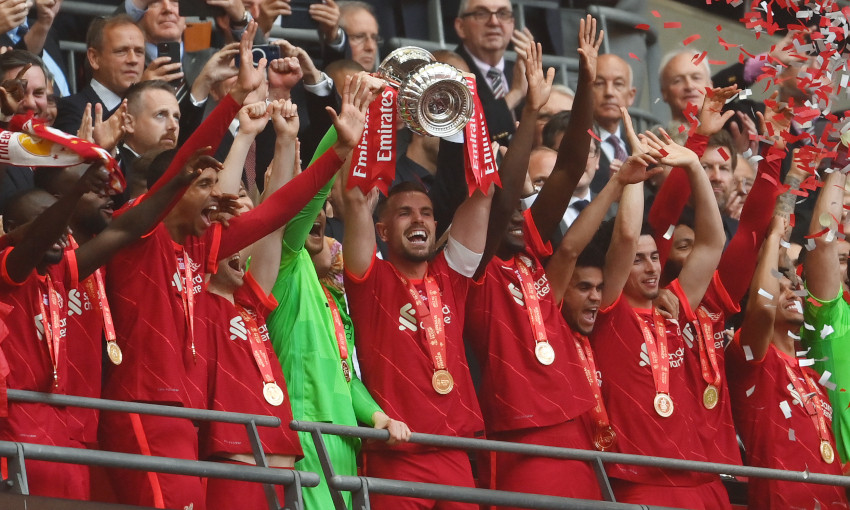 A Liverpool FC victory parade will take place in the city on Sunday May 29.

The Mayor of Liverpool, Joanne Anderson, had already invited the club to take part in a victory parade in preparation for the potential outcome of the season, but following last Saturday’s Wembley win, this has been extended to include the Emirates FA Cup, in addition to the Carabao Cup.

LFC has officially accepted the offer and the parade will begin at 4pm BST on the day after the Reds play Real Madrid in the Champions League final.

The parade will also include a bus with representatives from Liverpool FC Women, who won the FA Women’s Championship.

As the date of the victory parade falls on the anniversary of the Heysel Stadium disaster, throughout the morning LFC, supported by Liverpool City Council, will pay tribute to the 39 supporters who lost their lives on that day.

The 13.5km victory route, the same as the 2019 parade, will start at Allerton Maze in the south of the city. It will then travel northbound on Queens Drive towards the Fiveways roundabout (in Childwall) and on to the Rocket flyover.

From there, it will journey along:

To find out all about road closures, public transport, viewing areas or to track the parade on a live Google map, head to Culture Liverpool, which is home to a useful series of FAQs.

The full costs of the parade will be met by LFC.

Mayor Anderson said: “We’re delighted that we can now confirm the club will definitely parade around the city on May 29 – and I’m pleased we will be celebrating the achievements of both the men and women’s teams.

“A huge amount of work goes on behind the scenes in preparation for an event of this size and scale, so it’s fantastic that the city is now going to be able to experience this.

“Lifting the FA Cup, the Carabao Cup and the FA Women’s Championship trophy is an incredible achievement that deserves to be acknowledged and we have everything crossed that they won’t be the only trophies they are lifting on the day! Whatever the outcome of the end of the season and the Champions League final, Liverpool FC and Liverpool FC Women have already done us proud, and we will give both teams the homecoming celebration they deserve.”