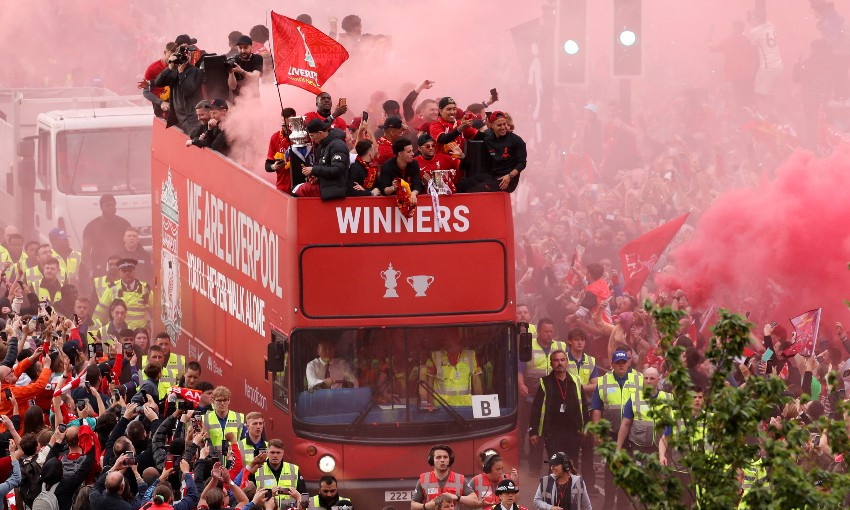 Watch back Liverpool FC's city parade as it happened on Sunday afternoon.

The Reds acknowledged a remarkable 2021-22 season with a special bus tour around the city.

Jürgen Klopp’s men’s team played every available game in the campaign as they lifted the Emirates FA Cup and Carabao Cup.

LFC Women were also represented in the parade after they won the FA Women’s Championship title and secured promotion back to the top flight.

And you can see their celebrations in full with a replay of our live broadcast of the parade via YouTube below.