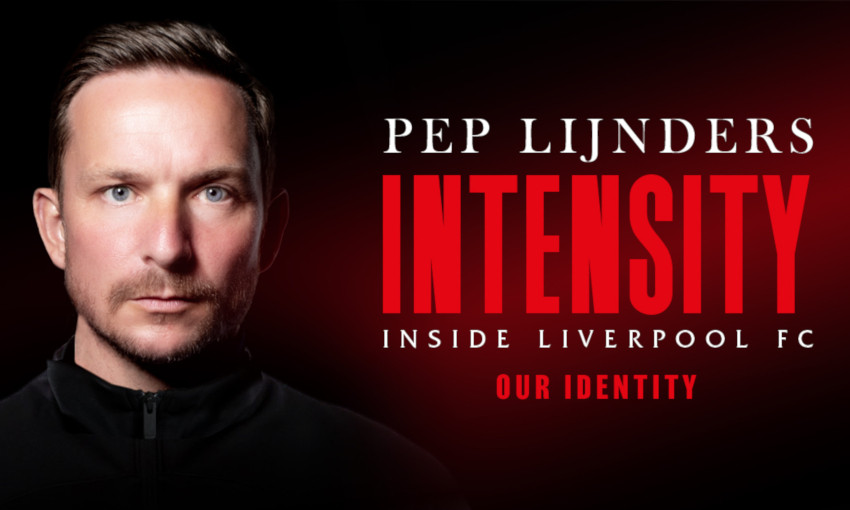 Liverpool assistant manager Pepijn Lijnders lifts the lid on a sensational season with the launch of his no-holds-barred book 'Intensity'.

This is the definitive inside story of how an incredible 2021-22 campaign developed for the Reds, from the plans being put in place during pre-season training to the unprecedented drive for all four major honours.

Plus, fans will learn all about the incredible and unique leadership and motivational skills of boss Jürgen Klopp, straight from one of his right-hand men.

Intensity is available to purchase on pre-order now here – and goes on general sale on August 4.

In his own engaging and inspiring style, Lijnders takes readers behind the scenes at Anfield, the AXA Training Centre, the team hotel, on the pitch, in the dugout and back in the dressing room, all away from the media glare.

Lijnders said: “The concept for this all started back in pre-season last summer during our 28-day training camp. When James suggested it as maybe an idea for the future, my immediate reply was: ‘Let’s do it now, why should we wait?’

“And from then on, we were all-in. I obviously had no idea how the season would turn out, but whatever happened, I’d committed to this project. As we say, what we do, we do 100 per cent at Liverpool FC.

“I decided we would hold nothing back in this book; what you read is what happened as it happened throughout the course of the season. I believe this book is for anybody who loves the game.

“You’ll read all about the decisions, the training, the tactics, the team-talks and how Jürgen motivates and leads this team, players, and staff like no-one else can as we had an incredible season, winning two trophies and going close in two more.

“If you want to know more, I recommend you get the book – and for Liverpool supporters, don’t forget, we are different because of you guys.”

The foreword of the book is provided by Klopp, who writes: “Pep is unique. I’ve never met anyone like him before and I’m not sure I’ll be fortunate enough to do so again in the future. He is studious and coaching-obsessed; he believes in the training process with a passion I’ve never seen before. It was his obsession with chronicling everything we do that led to this project happening. This diary, this book, our story of 2021-22.

“Typically, he was conscientious about it. He was tentative when asking whether or not he should do it. We had just arrived in Evian from Austria for the final part of our training camp in July 2021 when he raised it. At that stage no-one knew the adventure we were about to embark on over the next nine months, but Pep could sense something special was brewing.

“His only motivation for this project was to give our supporters a closer insight into our world. The decisions, how we reach them and the reasoning behind them.

“We do things our own way. People who read this will feel an even greater connection to our team.”

You can find more information on Intensity and purchase a copy here.