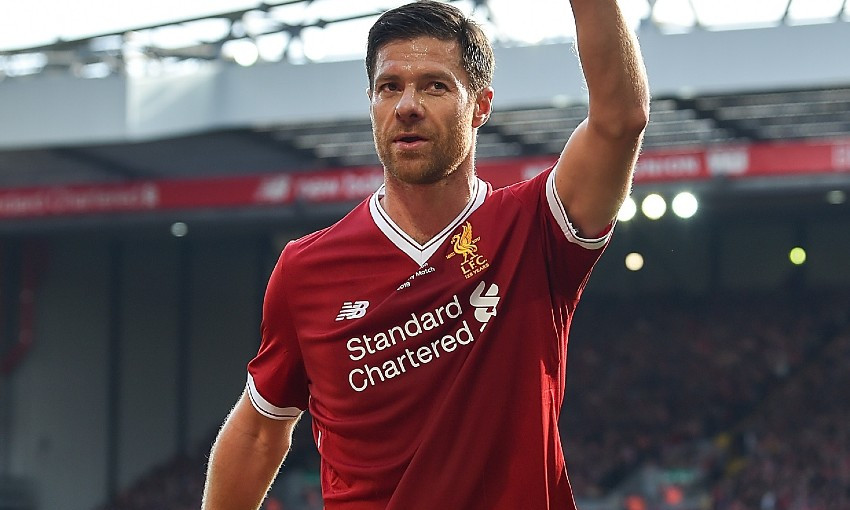 Xabi Alonso will return to Anfield to play for Liverpool FC Legends against Manchester United.

The iconic former playmaker has joined the Reds’ squad for the second leg of the Legends of the North tie, which takes place on Saturday September 24 (3pm BST kick-off).

LFC Legends won 3-1 at Old Trafford in the first meeting back in May.

Alonso accompanies the likes of Martin Skrtel, Fabio Aurelio and Momo Sissoko in signing up for the match, and more names will be added to Sir Kenny Dalglish’s squad in the coming weeks.

The ex-midfielder made 210 appearances and won the Champions League, FA Cup and UEFA Super Cup in a five-year Liverpool career during which he became a firm fan favourite.

He turned out for both Liverpool and Bayern in the 2018 Legends charity game at Anfield and will now grace the turf in L4 once again.

The second Legends of the North contest is presented by the club’s official charity LFC Foundation in association with Forever Reds, the official LFC former players association.

One hundred per cent of the proceeds raised from the special event will support LFC Foundation’s community programmes, as well as Forever Reds, Cash for Kids and IntoUniversity.

Tickets can be purchased online here, while disabled supporters can visit the Accessibility Hub for full sale details.

Premium tickets are available from £50 and hospitality tickets start at £130. Please visit here for more details.