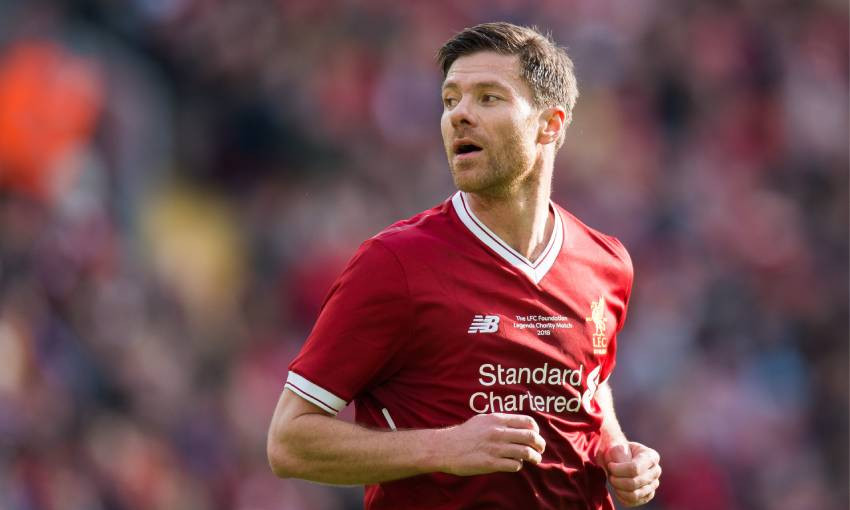 The Spaniard is part of Sir Kenny Dalgish's side for the second leg of the Legends of the North showdown on Saturday September 24 (3pm BST kick-off).

Alonso lifted the Champions League, FA Cup and UEFA Super Cup during his five-season spell with the Reds between 2004 and 2009, and can't wait to be back on Merseyside once again.

Liverpoolfc.com caught up with the iconic passer to chat about his Anfield return, post-playing career and the strong attachment to the club he still holds – read on for the full interview...

Xabi, you'll be back at Anfield later this month. How excited are you?

Every time you have the opportunity to get back to Anfield, it's really exciting and for me after a few years since my last participation. I'm really looking forward to being back in the stadium, to be back with the fans and it's always very enjoyable and you feel really privileged to have played there.

Will this be your first time back at Anfield since 2018 for the legends game with Bayern Munich?

Yeah, my last time was the other legends game against Bayern. Since then, I have not come back to Anfield. I've been busy with my coaching things and now I have more time. You always miss where you have been happy and where you have had great moments, great memories. You always miss it – for sure after some time. It's going to be really enjoyable, really exciting for me to have that feeling. I remember the first time I was on the pitch and you felt the soul of the stadium. That's what excites me the most – to get back and to feel that special charm that is unique at Anfield.

You turned out for both Liverpool and Bayern that day. There's no chance of that against Man United, is there?

I guess that I wouldn't be that welcome, as I was at Bayern! It's great for the charity, always the support is amazing in the city for these kind of actions. I'm pretty sure we are going to help lots of people, and that's the most important thing. 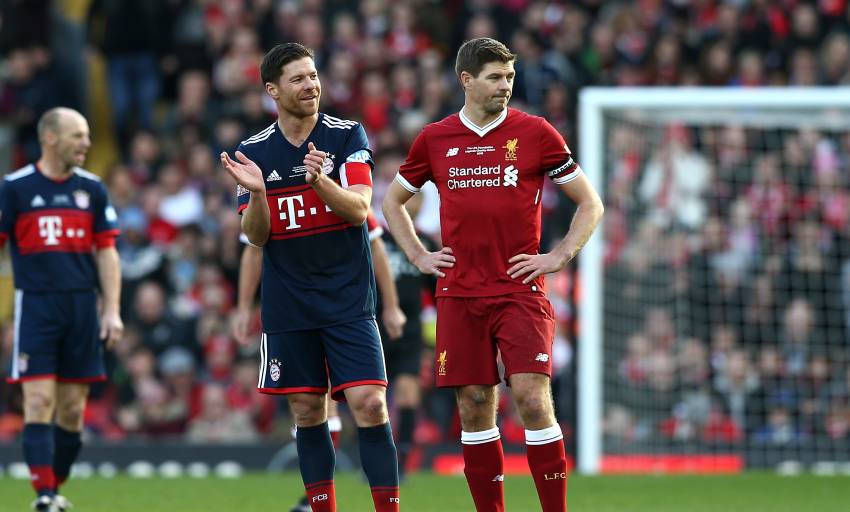 What have you been up to in these past few months? You left your role in charge of Real Sociedad B in the summer...

After finishing the season, in the summer I've been following [football] but not that closely. But now that the games are kicking off, I'm watching lots of football. I want to visit, to keep learning and to keep being updated about the things that are being done. Use the time, not just to sit on the chair and do nothing. No, no, I want to use this time for myself to prepare better for the next thing. I don't know but I will have to choose what's best for me.

How did you find coaching, then? By all accounts, you did well in your three seasons at Sociedad...

I really liked it. It's demanding but very rewarding as well. It's another role but my role was to help young players at Sociedad's academy. They did really well, we [were] promoted to the second division in Spain – it was a great achievement. I have enjoyed it. You play games in another way. It takes longer, the preparation, but you feel really into the game. As Johan Cruyff said, the best thing about football is playing football, and the second one is coaching football.

Being in that position, do you have even greater appreciation for the elite managers out there and the coaches you worked under?

I always had [it], not because now I am coaching. Because my father was a coach as well, so I think it comes from my young days that I have respected them, admired them. I try to be close to them because that was going to be helpful for that moment and even for this moment.

Just on Jürgen Klopp in particular, is he someone you look up to as a coach?

Absolutely. I loved my games against his Dortmund when I was in Madrid and Bayern. You could see that he was special. I remember when he signed for Liverpool, straight away I had the feeling that he was the man. We were playing Liverpool-Mainz at Mainz [in a pre-season friendly in 2006] and in the programme he mentioned that his favourite stadium was Anfield. That was on my mind. When he signed for Liverpool, I [was like], 'He's always had that in his mind and he's the right man for the job.' After that, what he's done, it's a treasure what we have in Liverpool, what Jürgen built and the inspiration for the players, for the club, for the fans, for everyone.

One of your former teammates Thiago Alcantara is part of this current Liverpool squad. Did he do things that even left you amazed when you played with him, like he does to us? 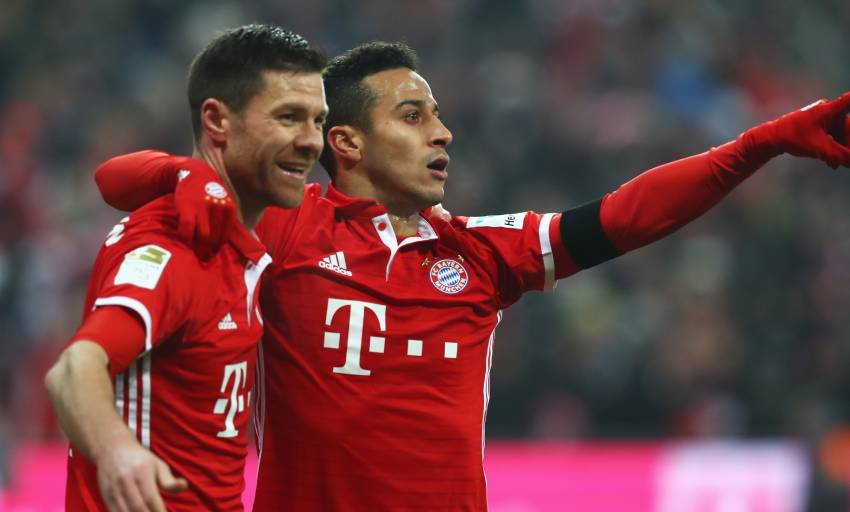 He said he asked you what Liverpool was like before he signed. You must have put in a good word...

We talked a lot that summer because he was thinking about the option. I said, 'Thiago, you love football, you're in a great club, you're in Bayern and you've achieved great things, but Liverpool is pure football and you're going to enjoy it as much as you have done. If you feel it's the right moment for a new chapter, you won't get better places than Liverpool.'

You're still contributing to Liverpool long after you left...

Well, once a Red, always a Red – it's not a logo, I think it's a reality. Not just my case, I think that most of us feel really close to the club. Wherever you are in the world, Liverpool fans remember you and they keep you closer to the club. That's the best thing of Liverpool – all the support and all the family that's around the world.