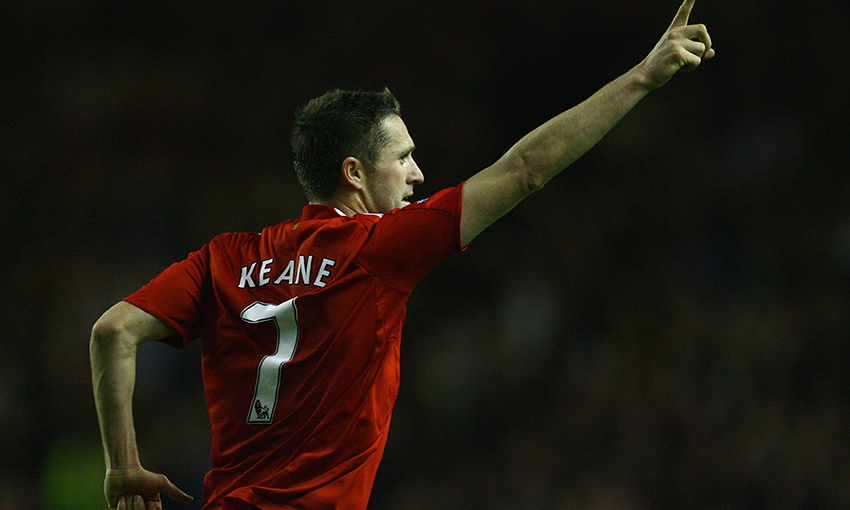 LFC to close retail stores and stadium tours on Monday

Robbie Keane will savour the 'special' moment when he pulls on the Liverpool shirt for the first time in more than a decade.

The all-time record goalscorer for the Republic of Ireland returns to Anfield next Saturday to play for Liverpool FC Legends in their meeting with Manchester United.

Keane had a six-month stint as a Red in the 2008-09 season – during which he scored seven goals from his 28 appearances – to fulfil a lifelong dream, having grown up as a fan of the club back in Dublin.

Liverpoolfc.com caught up with the former No.7 to look ahead to the upcoming Legends of the North contest and reflect on his spell on Merseyside. Read on for the full interview...

Robbie, this will be your first appearance for Liverpool FC Legends. Are you ready for it?

I'm really looking forward to it. Unfortunately I couldn't make the last game, I had something on. I'm looking forward to this one now and obviously playing at Anfield is definitely a lot better than playing at Old Trafford! I'm looking forward to seeing old faces, players I used to play with and players that I've come across in the last few years since I've been retired. It's always nice to see the lads and I’m excited for the game. I'm looking forward to playing in front of the crowd again because even though I was only there for a short time, they've always been very good to me when I went back there. At the end of the season when they played Tottenham, they gave me a lovely reception and I was welcomed by the Kop.

And getting the chance to pull on that Liverpool shirt again must be really special for you. You probably thought that might never happen again...

How do you reflect on your time at Liverpool? I'm sure it was briefer than you would've liked but there were still some memorable moments...

Obviously my intention was to stay there for as long as possible. But in football, as we know, it happens, things change. Of course I would've liked to stay a little bit longer but it wasn't meant to be. All we ever want to do is just to play football. I'm not one of these guys that wakes up on a Saturday morning looking forward to sitting on the bench. I was someone who just loved football. Whether it's Sunday league or for Liverpool or Tottenham, you still want to play every game. The manager had different ideas, which is fine and I've got no problem with that, everyone's got their own ideas and I respect that. But I do reflect on it [with] no regrets. As I said, I was very fortunate to pull that jersey on and have some good moments – scoring against Arsenal in the Emirates, that half-volley and goals like that. That will always stay forever.

Even now, do you ever think what could've been had a few things gone differently? Liverpool go on and narrowly miss out on the Premier League title in 2008-09...

Maybe if we had the strength in depth, I think we probably could've pushed a bit closer. But the manager had different ideas and wanted other people, which is fine. I'm not one of those guys that looks back and has regrets. It is what it is and things are meant to happen. I've been very lucky to have a career. Of course I'd liked to have stayed a lot longer but it wasn't meant to be.

You left on deadline day in the winter transfer window. Did it catch you by surprise that you'd be rejoining Tottenham Hotspur or was it in the works for a while?

No, it wasn't in the works. Obviously Tottenham wanted me back and I wasn't playing as regularly as I'd liked to, which is obviously frustrating for any player. You don't want to be looking forward to sitting on the bench when it comes round to the weekend. No matter who you are as a player, I think you'll always find that difficult, especially me who just loves playing football. Of course I was expecting to stay there for a long, long time but different circumstances, a different manager's opinion just changed that.

Even after you left, I'm sure people still remembered you from your time as a Liverpool player, especially when you were at LA Galaxy and then Steven Gerrard rocked up...

I had a big influence in getting Stevie. We're good pals and for him to come over was great to spend that last year with him. Not everyone knew that the two of us played together. In LA, [football] was taking off massively towards the end of my time there. There was certainly a lot of Liverpool fans and people always remind me of that Arsenal goal, which is always nice being an ex-Tottenham player as well.

The Republic of Ireland legacy still lives on at Liverpool at present in Caoimhin Kelleher. How highly thought of is he back home?

He's certainly a goalkeeper that should be a No.1 but when you've got a world-class 'keeper in front of you like Alisson, he'll just have to bide his time. Definitely very impressed with him. We've been very lucky in the Irish team that we have really good goalkeepers. I've definitely been impressed with Caoimhin, just the way he plays – how comfortable, how calm he is in possession of the ball, he has a real presence about him. As I said before, if he didn't have someone like Alisson in front of him, you'd imagine he possibly could be No.1.