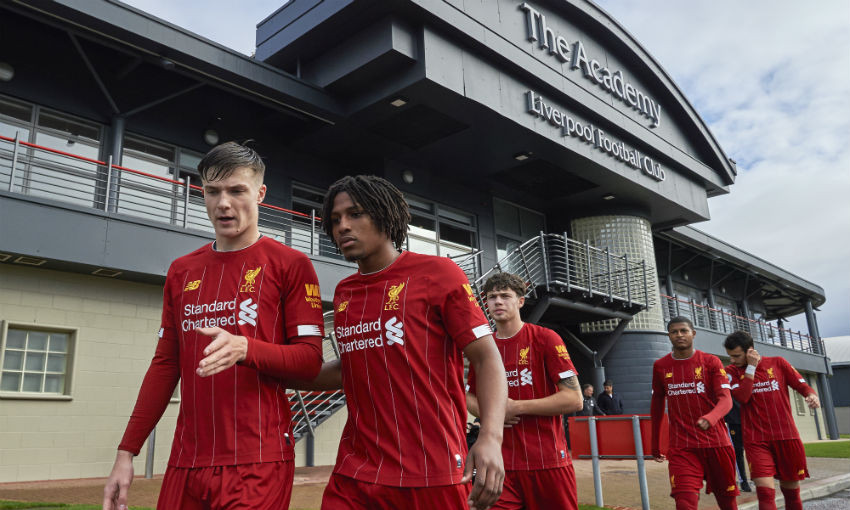 Behind the Badge: From Subbuteo commentary to 'corner taken quickly...'

Sometimes honesty is the best policy for an emerging footballer.

For some players just progressing to the U18s at Liverpool, Yvie Ryan, the Academy's performance coach, will sit down with them and have an honest conversation.

"It's a shift, isn't it?" Ryan explains during a chat with Liverpoolfc.com. "Before that age group, they've always been playing and never been on the bench.

"I'll ask them, 'OK, so what are the truths of an U18s player?' So they might say you might or won't always play, the coach isn't always going to say what you want to hear and so on.

"They'll give me a list and we'll work through that together. Then I'll say, 'Alright, do you still want the job?'"

Of course, they do.

Working with Ryan, along with other staff at Kirkby, helps these youngsters handle the mental pressures and challenges in their pursuit of becoming first-team footballers. 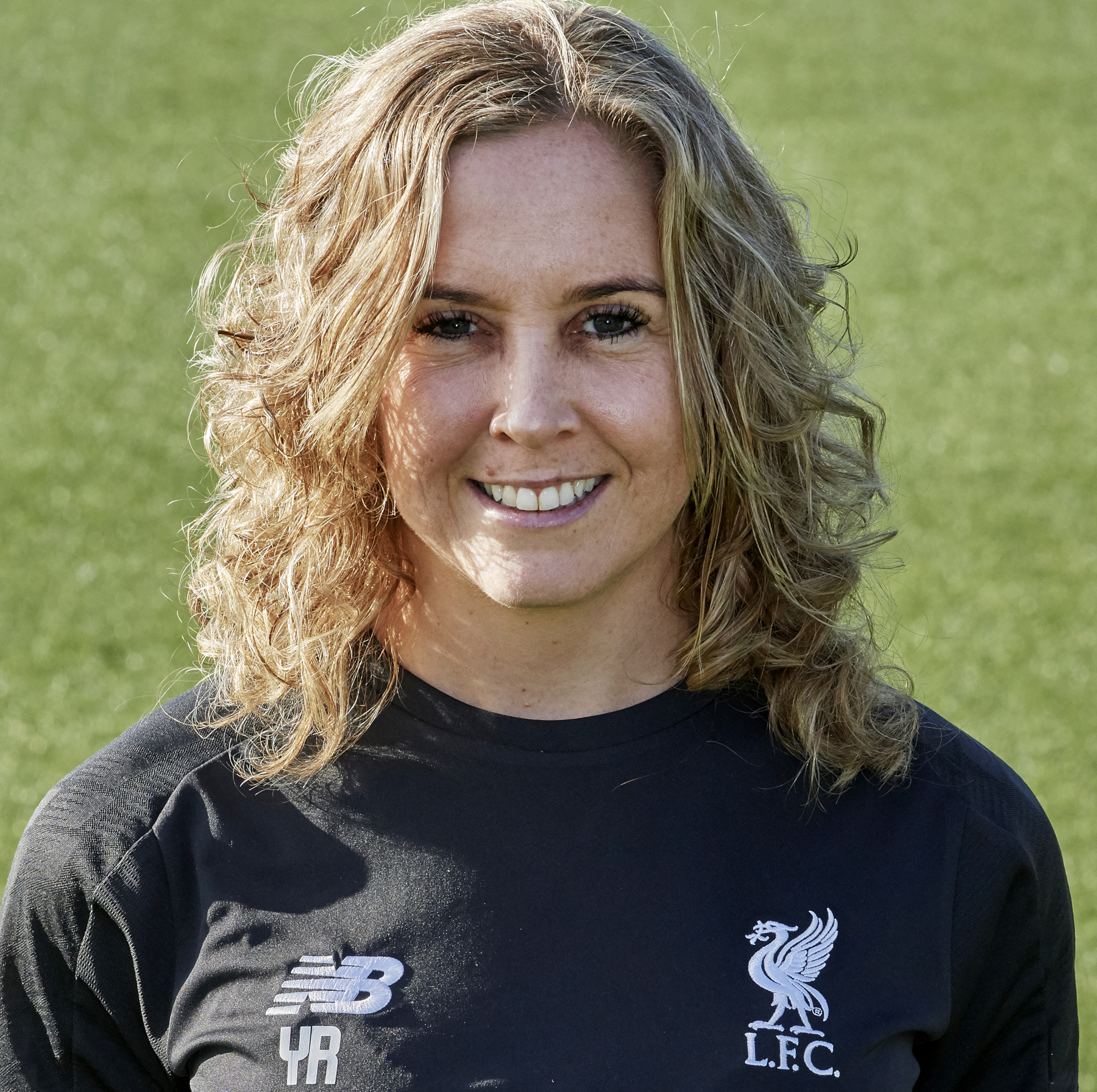 "I think the key thing really is just normalising everything with players," she continues. "Say, 'Look, the way you're feeling is actually normal. You're actually being put in a position a normal 18-year-old is never going to be in.'

"It's normalising the behaviour and giving them strategies to deal with that, a different focus and a different way of thinking."

Ryan's job title – performance coach – is a loose one given her responsibilities, but deliberately so.

"Using the word 'psychologist' in the title tends to put people off," she reasons. "People's frame of reference for psychology tends to be clinical and that there's something wrong with you.

"So I changed my title to performance coach because kids kind of reference coaches as somebody that can help them, support them and it's less threatening."

Having trained and worked under Dr Steve Peters, Ryan joined Liverpool in 2013 initially on a part-time basis, splitting her time between Melwood and the Academy.

But with a passion for helping young people, the start of the 2019-20 season saw her go full-time at the Kirkby complex. She works in all phases of the Academy set-up – from engaging with parents at U9 level to preparing teenagers for life in senior football.

With each individual she encounters, though, there's a fundamental principle to her work.

"It's about the person first and the player second," she stresses. "If you're not in a great place as a person or you don't understand who you are or what you want, then it's very difficult to be secure in yourself as a player."

Helping players with their performances on the pitch is a process of understanding their thought process in and around matches.

A player, for example, that puts too much pressure on themselves to succeed, Ryan would set out to challenge their thinking.

"One of the things I often come across with this type of player is they are a perfectionist and they fear making mistakes or don't want to make mistakes because they worry about how that will be perceived," she details.

"If [their thinking] is, 'I can't make mistakes' then that's an unhelpful thing because what happens when they make a mistake is they lose their head and make more mistakes.

"If they lose their head at that point then the team is just playing with 10 men essentially, aren't they?

"We look at strategies around managing mistakes, how you can actually let that mistake go and what more helpful beliefs we can put into your head that are going to help – 'If you think that, how does that help your game?'

"We'll also do some imagery, get them to focus on what it is that they want and can they imagine themselves in that situation? What that tends to do is sort of relaxes them and makes them feel a bit more confident."

She adds: "Confidence is another thing that we come across in the U18s because they might be on the bench a lot more and they may have unhelpful beliefs around whether they are good enough, whether the coach likes them or whatever.

"It's teaching them that confidence comes from two different sources: the emotional part of the brain, which wants to win, sees confidence as being the best, whereas the logical part of the brain would say, 'Hang on a minute, it's about my best, not the best. What does my best look like and how can I apply that onto the pitch?'

"It's getting players to recognise what their job is, what their role is and how they can apply themselves to the maximum potential. That's instead of looking around at everyone else and what they're doing, which isn't going to help their own development."

While there will be incredible highs for young footballers, some will experience crushing blows.

Injuries are part and parcel of sport, and Ryan is painfully aware of this, too, as an athlete herself having represented Great Britain in various triathlon competitions. 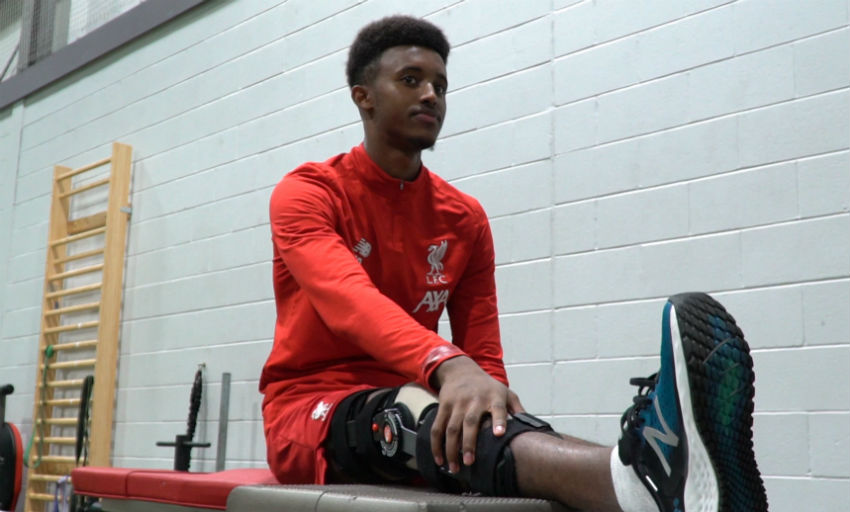 "It feels like you're coming at it from the same angle," she believes. "My thing around injuries is that it's perfect to develop the skills around, 'Who am I as a person and what other things have I got outside of football?'

"It's really unhealthy just to have a pure obsession with football, it's only part of who they are. For me, it's about getting them to recognise what other things they have in their lives that make them them – their friends, family, passions, values.

"We do goal setting, so I'll work alongside the physios to look at, 'In the next week he's going to be able to do x by this stage' – but with the caveat of not getting their hopes up, so if they haven't done it by this date and they don't feel like they've failed. It's a fine balance.

"I tend to use healing imagery. What we know about injury is that the first response is to get stressed. The stress produces a high amount of cortisol, which delays healing in the players.

"My goal is to get the stress response down as quickly as possible and to get them to be relaxed and accept that they're injured and it's a process."

The coaching staff at Kirkby are also beneficiaries of Ryan's expertise in order to get the best out of players, whom they manage and encounter much more often. 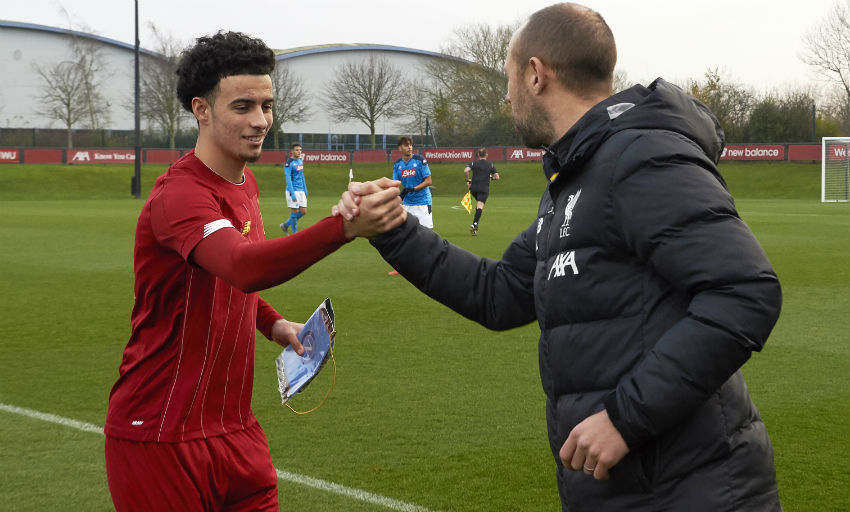 "It's looking at how we get that into their practice, rather it being just from me," Ryan says of the coaches. "Mental skills development should be a theme running throughout the coaching practice, rather than you're just going to go and see Yvie because there's something wrong.

"We want coaches to be able to use psychological skills and develop them as well. That could be anything from having one-to-ones, talking to parents and how they do that to comforting a player because something's gone wrong."

The most enjoyable aspect of the job for the majority working at the Academy would be wins, trophies or senior debuts. Ryan's, however, is far more simplistic.

"When you can actually get a smile back on their face again is, I think, the most rewarding part of my job," she finishes. "You feel like you've made a difference.

"It's not always instant in my job, you don't always see the outcome straight away because it can be a long process with players."

Read more from our Behind the Badge series...