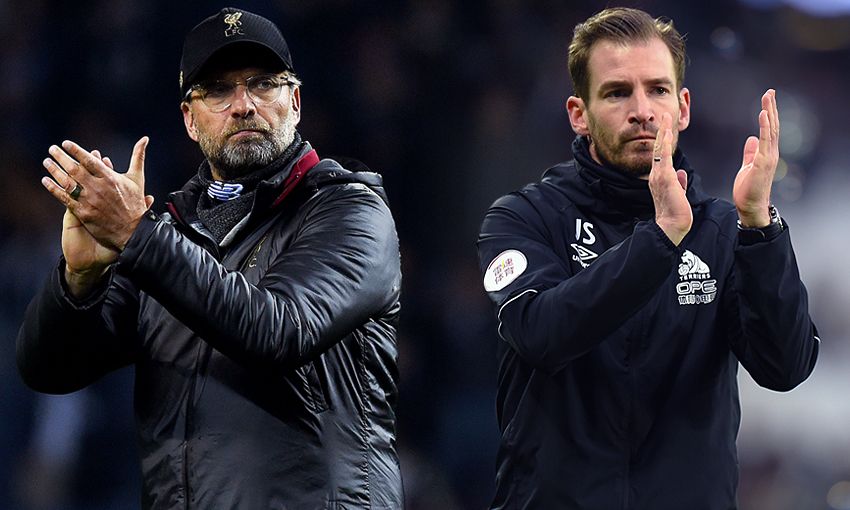 Liverpool face relegated Huddersfield Town on Friday night as they seek to reclaim top spot in the Premier League.

With Manchester City not in action until Sunday, Jürgen Klopp's Reds can leapfrog the leaders with victory at Anfield and go two points clear.

Opponents Huddersfield head into the match off the back of a 2-1 defeat by Watford and cut adrift at the foot of the table with 14 points.

New manager Jan Siewert arrived from Borussia Dortmund to replace David Wagner in January - so, what can we expect from his Terriers side on Friday?

We caught up with chair of the Huddersfield Town Supporters' Association and Ooh To Be A... podcast host Jim Chisem (@jim_chisem) to get the lowdown...

Have you been able to enjoy Huddersfield's two-season stint in the Premier League? 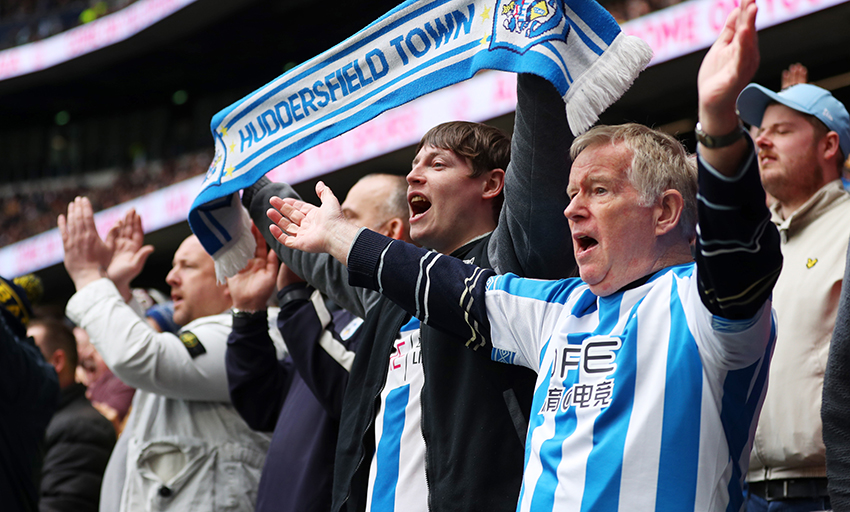 I mean, I've certainly enjoyed parts of it. I never thought I'd see us beat Manchester United at home, for instance, or stay up by the skin of our teeth at Stamford Bridge.

But we've only won three games this season - two of them against Wolves - so I'm looking forward to a respite over the summer.

Have the team been playing with a greater freedom since relegation was confirmed?

To be honest, no. We've looked bereft of confidence since Crystal Palace relegated us and I think we've been in damage limitation mode.

How do you see the club faring in the Championship next season? 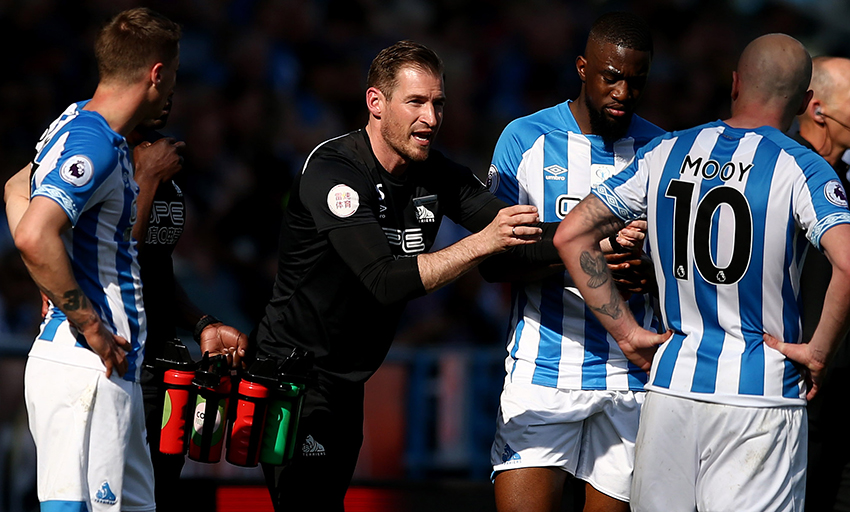 It's hard to say because it's likely that we'll have an almost entirely new team come August. A lot of players will be out of contract in June, while others have made it clear that they do not want to play in the second tier.

Knowing how competitive the Championship can be, I'd be very happy if we made a push for the play-offs.

How has new manager Jan Siewert changed the team's approach?

David Wagner initially set up with a 4-2-3-1, with a high press, most of the play focused down the flanks, and an emphasis on quick transitions. This approach gradually evolved into a much more defensive 5-4-1, while our pressing became more cautious, and counter-attacking gave way to ball retention.

Against bigger teams, Siewert has maintained Wagner's 5-4-1, or 4-3-3 in attack, though he tends to encourage far more risk-taking on the ball and is more interested in quick counters than possession.

Our wingers play as inside-forwards, which means we have more of the ball and create most of our chances down the middle. We also seem to sit off the opposition, but press aggressively during transitions, especially in the opposition's third.

It's early days, but is there a player who epitomises Siewert's Huddersfield?

Juninho Bacuna, without a doubt. He may only be 21 years old, but he's incredibly versatile. We've already seen him play as a wing-back, central midfielder, and No.10.

Perhaps more importantly, he's positive on the ball, always looking for a forward pass or attacking opportunity, and incredibly tenacious. Those are the qualities that we'll need to succeed next season.

I hope we build our team around him.

Who will be the danger man against Liverpool on Friday?

If not Bacuna, then Karlan Grant. We signed him in January from Charlton and he's already our top scorer with, erm, four goals.

He's quick and has a great shot on him. 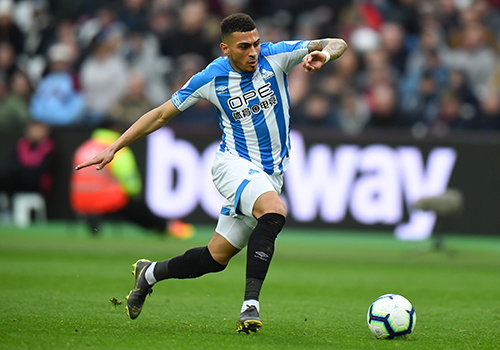 Where do you see the game being won and lost?

In the heads of the Liverpool players. We might be down, but we're not out. It would be a mistake to think otherwise.

What have you made of Liverpool this season?

Liverpool are a joy to watch. They've got that combination of dynamism and grace that defines all iconic football teams.

I hope you win the league.

How do you expect Huddersfield to line up?

Given the circumstances, I think it will be a nervy, close-fought affair. Liverpool 2-1 Huddersfield.

The media on LFC 5-0 Huddersfield: 'Kopites still believe - and rightly so'

The view from Huddersfield: How we might change for Reds visit