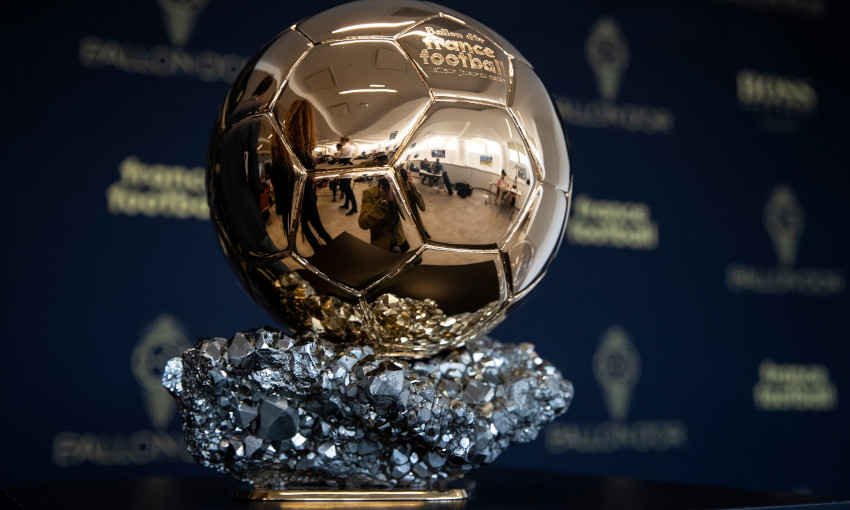 LFC's Goal of the Decade: Vote now for 2010's contender

With the 2019 Ballon d'Or winner set to be announced at a ceremony in Paris this evening, we take a look at the club's history with the coveted honour and contenders to be crowned tonight.

Only one Liverpool player – Michael Owen in 2001 – has ever won the liquid gold-dipped trophy, awarded to the man voted the world’s best player each year, and not since Fernando Torres’ third-placed finish in 2008 has a member of the Reds squad appeared on the podium.

The first winner with a strong Anfield connection came in the form of Kevin Keegan. Although the Englishman was playing for Hamburg when crowned in both 1978 and 1979, he owed much of his development to Liverpool and to Bill Shankly in particular, who had signed him from Scunthorpe United as an apprentice in 1971 and turned him into one of the most feared forwards on the continent.

Four years passed before a serving Reds player made it onto the podium for the first time, Kenny Dalglish finishing second to Michel Platini having scored 20 goals in all competitions as Bob Paisley’s side won both the First Division and the League Cup in his final season as manager.

And it was Owen’s central role in another trophy-laden campaign – the treble win of 2001 – plus a memorable England hat-trick in Germany that secured his triumph, the striker hitting a total of 24 goals for Gerard Houllier’s fondly-remembered side, including two in five minutes to famously defeat Arsenal in the FA Cup final at the Millennium Stadium.

Steven Gerrard was perhaps hard done by to ‘only’ finish third in 2005 after playing the inspirational protagonist in the miracle of Istanbul, before Torres had the misfortune to coincide the most prolific season of his career – 33 goals in all competitions – with the advent of Lionel Messi and Cristiano Ronaldo’s hegemony in 2008.

But with seven of Jürgen Klopp’s current Reds squad named on the latest 30-strong shortlist, the chances of one or more Anfield representatives featuring in that prestigious top three appear as high as they have ever been during that time.

Virgil van Dijk was widely lauded for contributing to 26 clean sheets in all competitions last season, while his cultured range of passing and intimidating presence in the opposition box also enabled the centre-back to chip in with six goals and four assists.

Alisson Becker was in impeccable form too, keeping nine clean sheets for club and country in a crucial two-month period encompassing the end of the Premier League season, the Champions League final and all of Brazil’s victorious Copa America campaign barring the final.

Winner of the Golden Glove award in all three of those competitions, the Reds No.1 is threatening to tread some very hallowed ground where goalkeepers are concerned.

Russian icon Lev Yashin is the only shot-stopper to lift the Ballon d’Or since it was first handed out in 1956, with Dino Zoff, Oliver Kahn, Gianluigi Buffon and Manuel Neuer the only non-outfield players to make the podium since.

Winners of the 2018-19 Premier League Golden Boot with 22 strikes apiece, it was the timing and circumstances of the 53 goals Mohamed Salah and Sadio Mane scored between them for Liverpool last season – as much as the volume – that marked the forwards out for consideration.

From Salah’s screamer in the 2-0 win over Chelsea and his cool penalty in the Champions League final, to Mane’s delightful chip over Neuer in the 3-1 win at Bayern Munich on the road to Madrid, the duo have been at the heart of so many defining moments for Klopp’s team throughout the calendar year.

Trent Alexander-Arnold set a Premier League record for assists by a defender in one season and started a second successive European Cup final before the age of 21 as the Scouser continued to develop at a frightening rate.

And Georginio Wijnaldum heightened his status as one of the continent’s elite midfielders with a series of influential displays for club and country, not least an unforgettable double as a substitute in Liverpool’s 4-0 defeat of Barcelona.

The wait to find out is almost over.

Fans in the UK and Republic of Ireland can follow the Ballon d'Or ceremony as it happens on Monday Night Live on LFCTV and LFCTV GO from 6.45pm GMT.