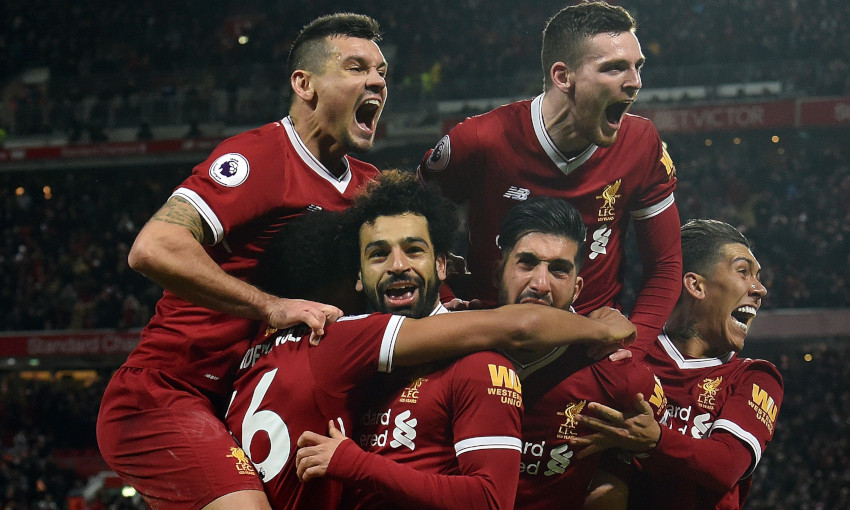 Press on LFC 1-0 Everton: 'This will be talked about for years to come'

Mohamed Salah's stunning solo strike against Tottenham Hotspur in February 2018 has topped our Goal of the Decade poll after a month of voting by supporters.

Throughout December, we asked fans to choose the best Liverpool goal from each year of the 2010s, with 10 memorable efforts progressing to a final vote.

Almost 40,000 votes were cast to decide an overall winner – and Salah’s deft individual dribble and finish in the last minutes of a frantic Premier League clash with Spurs at Anfield came out on top.

As one of the standout moments of the Egyptian’s remarkable 44-goal debut season with the Reds, the strike exhibited all of Salah’s predatory abilities.

Collecting the ball at the right edge of the box, he shifted left and right to weave through the Tottenham defence at pace before instinctively lifting a finish over the goalkeeper – with the drama and joy heightened by the visitors having missed a penalty just moments earlier.

After Jürgen Klopp’s side had wiped out a 3-0 deficit against the Spanish giants, Trent Alexander-Arnold’s ingenious quick corner teed up Origi to find the net and send Liverpool to a second successive European Cup final.

In third place was Emre Can’s exceptional overhead kick at Watford in May 2017, a goal of exquisite technique and vital importance to the Reds’ return to Champions League football that year.

Watch: 100 of Liverpool's best goals of the decade

The final vote: Choose Liverpool's Goal of the Decade now

LFC's Goal of the Decade: Vote for the 2019 contender now

LFC's Goal of the Decade: Vote for the 2018 contender now

LFC's Goal of the Decade: Vote for the 2017 contender now