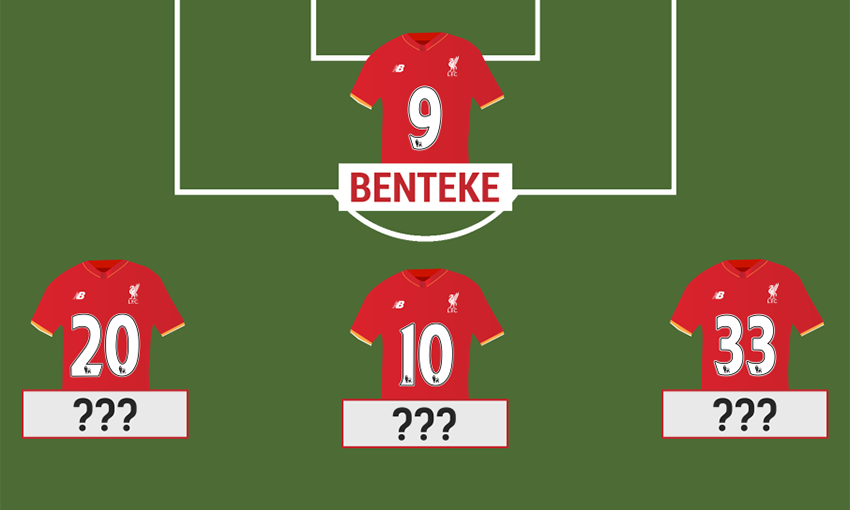 Christian Benteke's debut goal for Liverpool inflicted a 1-0 defeat on Bournemouth during their first ever Premier League visit to Anfield in 2015, but can you recall the rest of the Reds starting XI from that August evening?

Signed from Aston Villa in the summer, Benteke connected with Jordan Henderson's cross to convert from close range - and also struck the bar late on.

The Belgium international took the headlines with his 50th goal in English club football but can you name the rest of Brendan Rodgers' starting line-up against the Cherries? 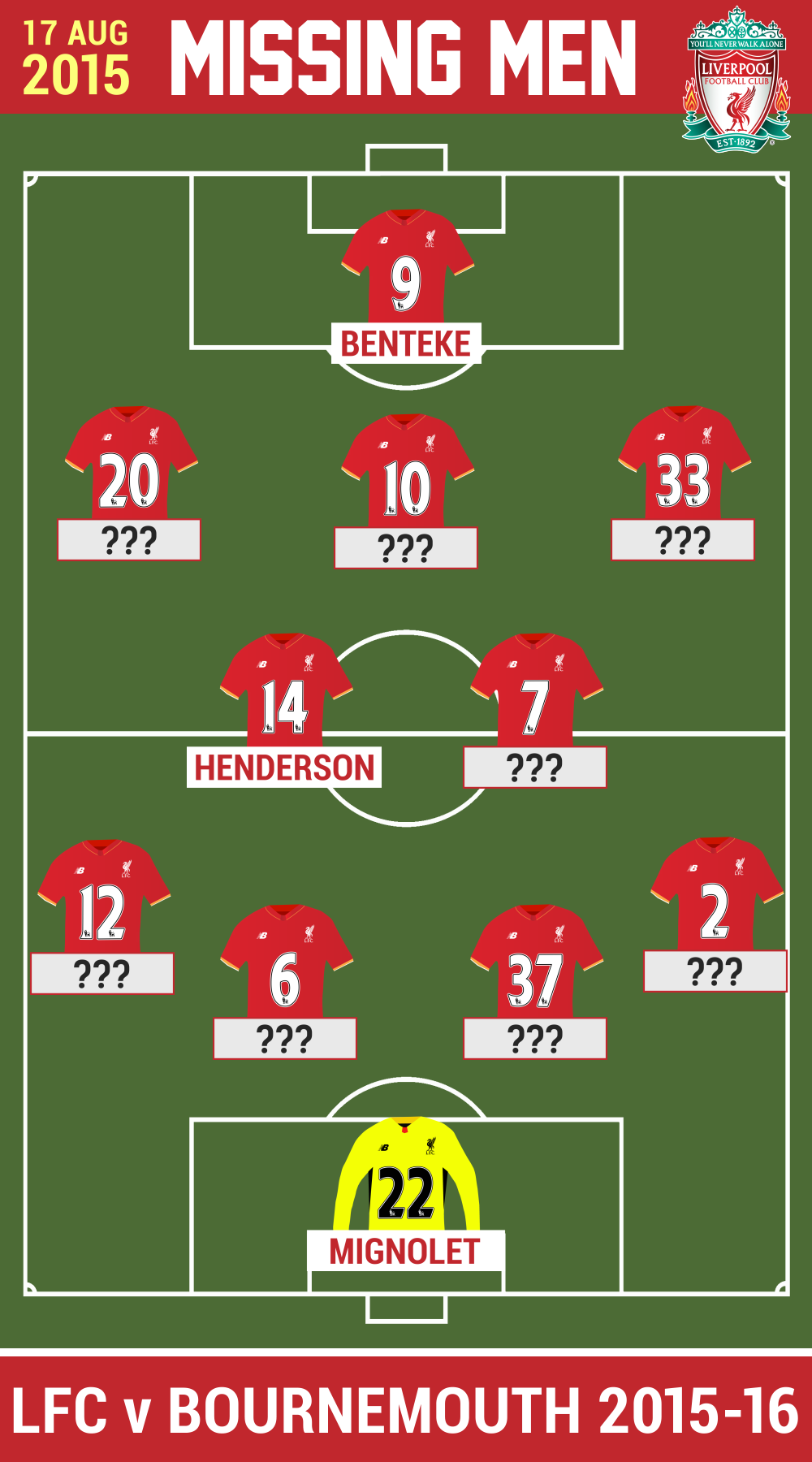 Fill in the answers in the quiz below, or click Next at the bottom of the page to reveal the Missing Men…