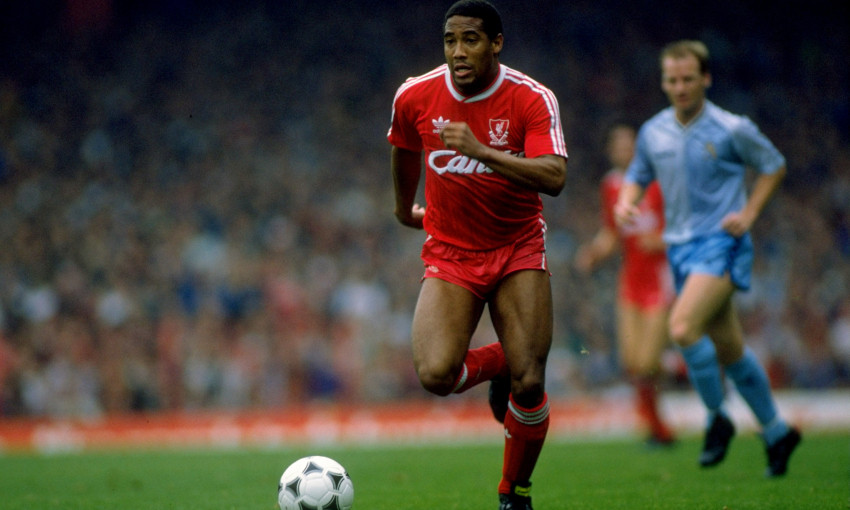 “My favourite Liverpool player of all time.”

So begins Jan Molby’s homage to the ninth selection in his Ultimate XI, the left-winger he has chosen to complete a midfield also comprising no lesser names than Johan Cruyff, Frank Rijkaard and Michel Platini.

A man with whom Molby shared a dressing room at Anfield for almost nine years, one whose talents he describes with an unconcealed awe.

“I feel sorry for the people who didn’t quite see enough of this guy,” the Great Dane explains.

“When he arrived at Liverpool in 1987 and for the years until he unfortunately ruptured his Achilles tendon, he was as good as anything in the world. And I’m talking, at the time, with the likes of Platini and Maradona. John Barnes was right up there.

“When he arrived at Anfield you realised he plays the game in his head, with his brain. Tactically, very astute. He knew exactly what was needed at any given time.

“And, of course, he could play in a number of positions. He could play up front, he was a great front man. Eventually he became a central midfield player.

“John Barnes, I don’t know what else to say – go on YouTube and have a look, the man was absolutely sensational.”

Ultimate XI is a new LFCTV series in which we ask former Reds to put together a star cast of legends they encountered during their own career in the game.

The rules are simple: the team must include five players they played with, five they played against and a wildcard that does not fit into either category.

The decisions? Not quite so easy.

Find out the men Molby selected to fill his 4-4-2 formation in the full 20-minute episode via LFCTV GO below. App users should click here to access the video.

Not yet signed up to LFCTV GO? Begin a FREE one-month trial now and enjoy exclusive Reds content. You can also cancel at any time.

'He's somebody you definitely want with you, not against you'