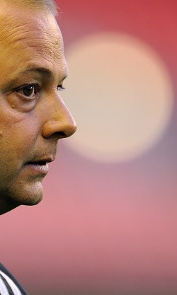 Liverpool U18s are preparing for their opening game on Monday in the prestigious Al Kass Cup in Qatar, in which they'll be competing against the likes of Real Madrid and Inter Milan.

Steve Cooper's lads face local side Aspire Qatar in their opening group clash and the tournament promises to be a fantastic experience for the Academy youngsters.

Academy technical director and head of coaching Rodolfo Borrell told Liverpoolfc.com: "It's a great experience fort the lads as we will face teams with different philosophies and mentalities and this will make the players grow 100 per cent.

"This is a great competition and it is fantastic for the lads to play against teams of this high quality.

"The most important thing for our Academy director Frank McParland and myself is we are trying to get as many of our players as possible playing against teams from all over the world. The likes of Real Madrid, Inter Milan, Paris Saint-Germain, Fluminese and Boca Juniors are also out here and it will be a great tournament.

"The conditions are a lot different from what the players are used to do but they will benefit greatly from that.

"We have brought a very young side out to Qatar as this is a tournament for players born in 1995, and we have lads born in 1996 and 1997, so it will be a good test and one we are really looking forward to it."

After taking on Aspire Qatar in their opening game on Monday the young Reds then face Esperance on Tuesday, with the top two teams in each group progressing to the knockout stages.

The quarter-finals get underway next Friday, with the final set to be held on Thursday, February 7. PSG were crowned the inaugural champions in 2012 after beating Juventus on penalties.