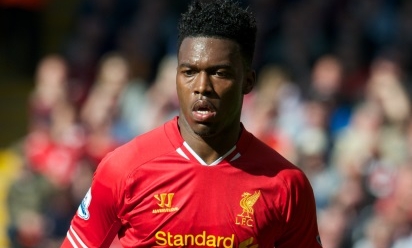 Who's next? Weekend rumour mill

Daniel Sturridge is on course to be fit for the start of the season, Liverpool's head of performance Glen Driscoll has confirmed.

The striker is currently sidelined by an ankle problem he picked up while on international duty with England in May, but remains on target to be ready for the outset of 2013-14.

Driscoll told Liverpoolfc.com: "Daniel Sturridge is the only player in the squad not training at the moment, but he's progressing really well and he's still on target to make the start of the season.

"Steven Gerrard is still being modified, but he's about to enter all out training."

Liverpool ended last season without the services of three other players due to injury, with Martin Kelly (anterior cruciate ligament), Raheem Sterling (thigh) and Joe Allen (shoulder) all on the treatment table.

However, the trio have all participated in pre-season training this week and are fully recovered.

"Martin Kelly is back in full training and doing really well," said Driscoll. "He has absolutely no problems.

"Raheem Sterling has actually come back a little bit earlier, like Martin, to do some extra conditioning so they hit the ground running. He looks extremely sharp.

"Joe Allen also did some extra work and is raring to go now."