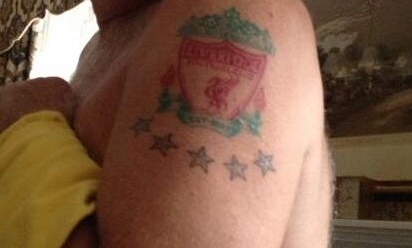 Our weekly round-up of the most interesting tweets by Liverpool stars past and present features a brand new tattoo for a former Reds striker, pre-season verdicts and Andy Murray mania at Wimbledon.

A number of former Liverpool players were in action against their Manchester United counterparts last weekend, and it was Mark Wright and co who secured the spoils...

Pleased to report a 4-1 victory over man utd today in the legends game! We still got it! #lfc

First week of the pre season done. It as very hard but very positive. #focus #keepitgoing

First training week over. Some tourism tomorrow. Enjoying the weather. Come on! #YNWA

Back to Liverpool tonight for Preseason. Can't wait to start again. YNWA.

Sunday brought an opportunity for the players to enjoy the heat wave currently sweeping Merseyside...

While Luis Suarez was enjoying the remainder of his holiday...

Others used Sunday to track the progress of the men's final at Wimbledon, with Andy Murray's victory pleasing one fellow Scot in particular...

Unreal Murray, what an athlete! #deservedchampion

The club's global digital expansion continued this week with the launch of new Twitter accounts for fans in Greece and Norway...

Goalkeeper Pepe Reina had reason to celebrate at home in Spain...

Congratulations to Córdoba for being named European city of Sport in 2014..Enjoy my city and their people!!

While his new teammate was delighted by a Twitter landmark...

Nice to wake up and see we surpassed the 100K mark! Thank you followers!

The club was saddened to hear of the passing of former striker Dave Hickson on Monday...

LFC are deeply saddened to hear of the passing of former striker Dave Hickson. RIP - http://t.co/2wJ3gRmFHI

Neil Mellor took an early visit to the venue of the Reds' first pre-season fixture this weekend...

I think it might be a bit busier Saturday!! pic.twitter.com/644YjEFH76

Our 100 Players Who Shook the Kop countdown revealed 10 more entrants during the past week, including a grateful Luis Garcia...

Another former Liverpool star shared visual proof of his return to pre-season with his current club...

Finished my medical test this morning!! Now on my way to meet the team!! Ready for pre season http://t.co/0cfM1cszmY

And finally, Reds youngster Jon Flanagan took to the masses for cooking inspiration...

Just got home from training, any recommendations on what I should cook for my tea??