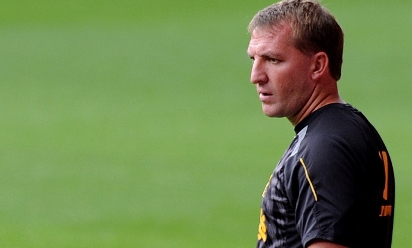 SG: It was up there with trophy wins

Brendan Rodgers claimed Steven Gerrard could still perform at the top of his game for 'a number of years' after watching the 33-year-old lead Liverpool to a 2-0 win over Olympiacos on Saturday.

The skipper was our man of the match on a day when the Reds made it five wins from five in pre-season and the club honoured one of its finest servants with a testimonial.

"For me, he's still got a number of years yet," said Rodgers. "You gauge players on their hunger, no matter how young or old they are.

"From the first day I walked in it's really struck me, his determination and his hunger to still succeed.

"When I speak to him on a daily basis he's very hungry for the club to do well. You saw his performance today - the quality of his movement, his passing, his leadership.

"He's a real talisman and a real gentleman."

Despite being a day to honour his achievements during 15 years in the first team, Gerrard asked for the contest with Olympiacos to be treated as a serious warm-up to the 2013-14 season.

Jamie Carragher and Robbie Fowler were the only two legends asked to play, though Gerard Houllier, John Arne Riise, Emile Heskey and a host of other former Reds filled the directors' box.

Rodgers added: "It was a great day. It shows you the type of person that Steven is. This was a day that was really about him but he wanted it to be about everyone bar him.

"He wanted it to be a big part of the preparation for the season. He's made many friends throughout his career but he wanted us to have this as a game to prepare for the season.

"It was great for the supporters to come and pay homage to an iconic player for this football club."

Rodgers also had words of praise for Joe Allen, who opened the scoring before Jordan Henderson made it 2-0.

"In the first three or four months of last season Joe was our best player by a mile," said the manager. "He had a problem with his shoulder which really curtailed his season and meant he couldn't have that aggressive streak that is part of his game.

"Joe has been terrific over the course of pre-season and did very well today."