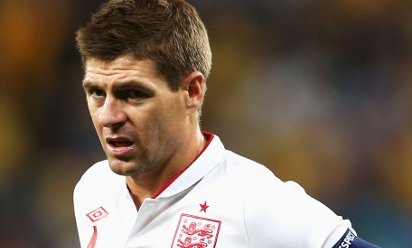 Two Liverpool players have been named in the England squad for the forthcoming international friendly with Scotland.

Steven Gerrard and Glen Johnson have been selected by Roy Hodgson for the game, which will be played at Wembley Stadium on Wednesday, August 14.

Meanwhile, three Reds have been named in the England U21 squad for their game against their Scottish counterparts.

Raheem Sterling, Andre Wisdom and Jack Robinson (currently on a season-long loan at Blackpool) will take part in the fixture at Bramall Lane on Tuesday, August 13.

The England squad in full: