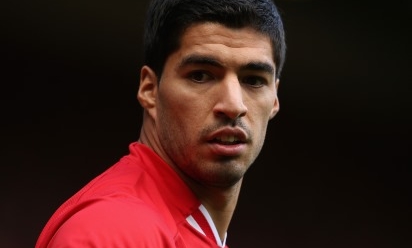 Henry insisted that the Reds' No.7 will not be sold to either Arsenal - who have lodged two official bids - or a team from outside England before the end of the transfer window.

Discussing the Gunners' approach for Suarez, the American told reporters on Thursday: "We are not going to sell Luis.

"He is one of the best players in the world. I have no reason to believe that he won't continue to be.

"I have told Ivan Gazidis [Arsenal chief executive] that Luis is not for sale. I am unequivocal on that.

"Since we are not in Europe this year - and we haven't been in the Champions League for a while - obviously to sell Luis to a rival for one of those positions would be ludicrous.

"But that doesn't seem to slow them down - so I can't wait to see what the next one is. It's been resolved - we have said no.

"The club is headed in the right direction and this episode is not going to stop us. It is what we are all focused on right now.

"I have high expectations. We had a very good second half last year and the reports from training and the feeling within the club and among the players, I think we'll surprise people this year."

Questioned further on whether he or manager Brendan Rodgers would consider an offer from a foreign club, Henry was again adamant in his response.

"We do not have time - we have not been able to identify a suitable replacement. Luis Suarez is a Liverpool player come what may," he added.

"That's why I said at this point, this late in the window, everyone has already moved and we haven't identified anyone who hasn't already moved - or isn't moving - to replace him.

"So it's for football reasons and especially not to Arsenal. I think we made that clear early on."