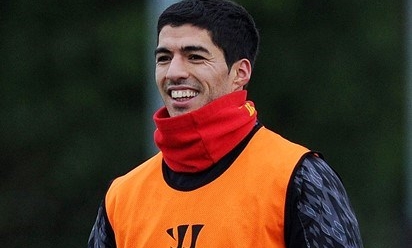 The manager has elected to pick the same starting XI as the one which thrashed Tottenham Hotspur 5-0 at White Hart Lane six days ago.

Luis Suarez is once again the Reds' captain in the absence of Steven Gerrard, as Daniel Agger is on the substitutes' bench.

Click here to follow all of the action from Anfield with our live minute-by-minute updates and accompanying audio commentary.