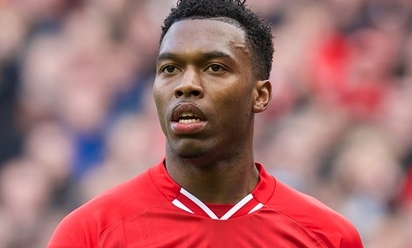 'Souness was the best I have seen'

Daniel Sturridge is eager for England to be the surprise package and follow in Liverpool's footsteps when the Three Lions begin their FIFA World Cup campaign in Manaus next month.

The Reds' progress throughout the 2013-14 campaign stunned neutrals and revived a sense of pride within the Anfield faithful. It also, very nearly, ended with a first league title for 24 years.

The fact that no-one considered Brendan Rodgers' side capable of mounting a challenge at the start of the season is filling Sturridge with optimism ahead of the forthcoming football festival in Brazil.

Roy Hodgson's England will face stern competition if Steven Gerrard is to lift the gleaming trophy at the end of it all; however, Sturridge is determined to prove his side can defy the odds, just as Liverpool did so brilliantly last season.

"There are other nations that are in a similar situation to us," said the 24-year-old. "There are no real favourites at this World Cup. Everyone's got a chance. It's like when you look at the Premier League last season.

"Nobody would've said Liverpool would be challenging or have a chance of winning it. So regardless of whether we have pressure or not, whether people are saying we'll win it or we won't - it doesn't matter.

"I'm thankful to God for allowing me to have a decent season. For myself, on a personal level, I'm always working hard to improve. I understand that there's still a lot of work to be done, in terms of everything.

"It's a different level of football to the Premier League. You have to understand it's everyone's dream to play in the World Cup. I've been dreaming of this since I was a kid, so for me I'm just excited about it."

A stunning run of 11 consecutive victories sparked a remarkable surge to top of the table, where the Reds took up position with just three games to play.

However, defeat to Jose Mourinho's Chelsea at Anfield on April 29, followed by a 3-3 draw at Crystal Palace in the subsequent fixture, allowed City to sweep past them and secure the title.

Sturridge was momentarily downbeat - but after the dust settled on the final game of the season, he and his teammates began to reflect on the positives of a remarkable campaign.

"It was boxed off the day after we lost it," said the forward. "You've got to move on. Your lives have to move on.

"It obviously wasn't a great feeling, but we set ourselves the target of getting into the Champions League and we achieved that, so everybody's content.

"But sometimes you get so close, you feel like you've almost won it and then don't achieve that - it's disappointing."