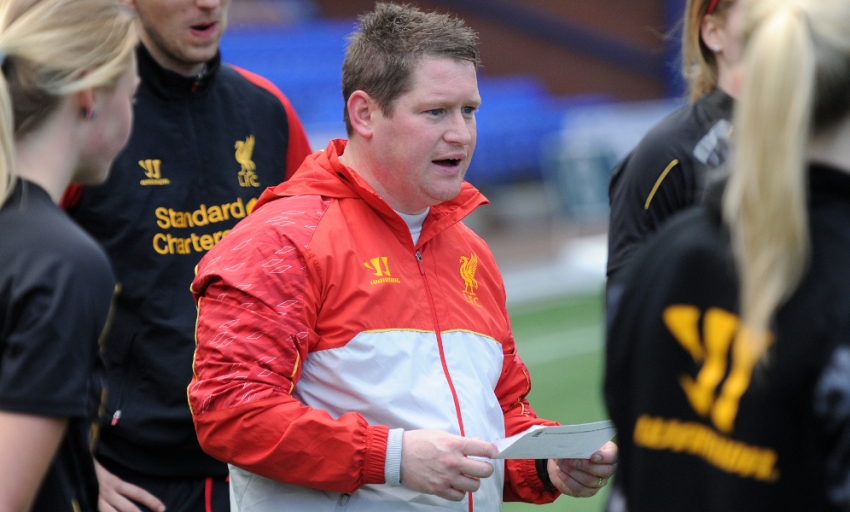 Matt Beard insists Liverpool Ladies can handle the pressure of being defending champions and admits his side can't wait for the resumption of the Super League when they host Arsenal at the Select Security Stadium on Sunday.

Kick-off in Widnes is at 12.15pm and the Reds are currently fourth in the table, but just two points behind leaders Birmingham City.

Beard's side haven't played since May 24 when they drew 1-1 with Birmingham, and with the addition of new capture Nina Pedersen, the ladies are eager to show their qualities against bottom of the table Arsenal.

The Gunners have just appointed John Bayer as their new manager, and Beard is hoping his side can take full advantage of their current plight on Sunday.

He told Liverpoolfc.com: "I don't know what team they are likely to put out as they have changed it quite a bit, but they have done well in the cup competitions.

"The pressure is on them because they are bottom of the league with one point. They need to get points so there is not as much pressure on us on Sunday. 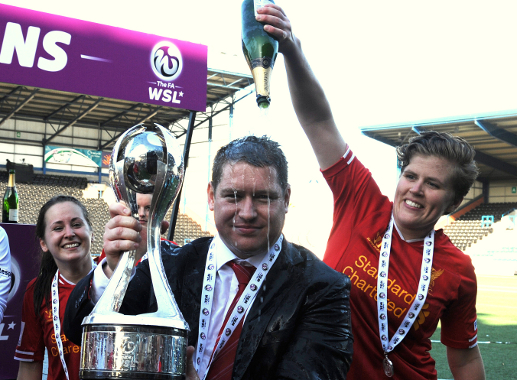 "We can't wait to get going again and, to be honest, with you we were grateful for the break to get players fit again.

"When the final whistle went against Birmingham you could see there was a bit of relief as the pressure was off everyone's shoulders because of the situation we have been in.

"We played nine games in four weeks and we had seven or eight players missing during that period, so it was a challenging time to say the least.

"I also learnt a heck of a lot as a manager because I've never been in that position before, but there were plenty of positives to take from the first part of the season with the youngsters doing really well.

"We are in a really good frame of mind at the moment. Everyone is fit and we've got more options at the top end of the pitch which I think is going to have a massive effect on our performances in the second half of the season.

"We are really looking forward to the Arsenal game and then hopefully going on a good run like we did in the second half of last season and defend our title.

"We haven't conceded a goal from open play in the league. Defensively we've been spot on and that's something we needed to address. I knew last year we could score three or four goals per game, so I'm not saying we didn't focus on the defensive aspect of our game but I wanted the team to take risks and express themselves.

"This season we lost Louise Fors, who went back to Sweden. and then Nicole Rolser getting injured followed by Katie Zelem and Kate Longhurst all getting injured, we lost a lot of quality players at the front end of the pitch."

The manager was also quick to praise his goalkeeper, Libby Stout, who he feels has had a massive influence on the team so far.

He added: "Libby has been fantastic for us in goal and an amazing signing. Her game statistics for the first half of the season...I've not seen a report like it if I'm being honest! She has been a massive plus to our defensive performances."

Sunday's clash with the Gunners will see Reds star Gemma Davison lining up against her former club and Beard is backing his No.10 to have a big influence on his side's ambitions this term.

He said: "I think Gemma will handle it professionally. I've got to praise her attitude in the close season as she has worked really hard to improve her game.

"We know what a fantastic talent she is going forward as she scores and creates goals and on her day she is unplayable. She has been working really hard on her fitness levels and improving the defensive aspect of her game."