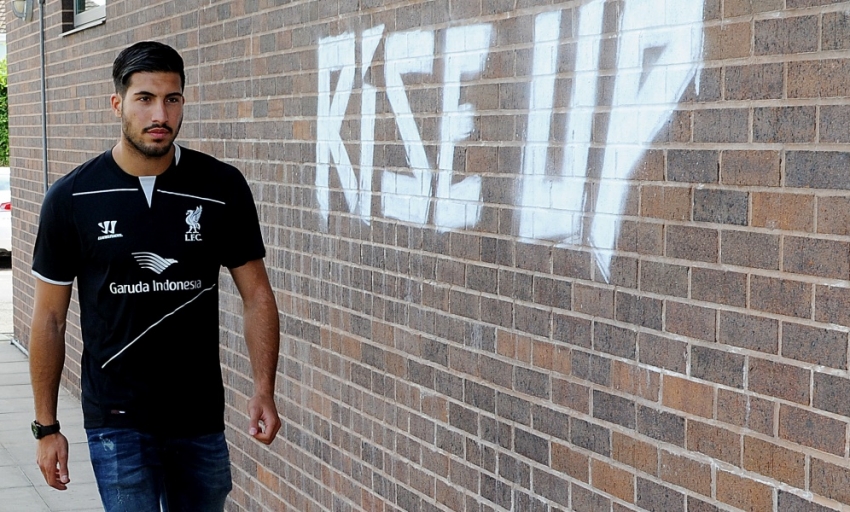 Brendan Rodgers' latest summer signing, Emre Can, has received a glowing seal of approval after his move to Merseyside by the Liverpool legend that managed him last season.

Former Reds captain Sami Hyypia was the German youngster's coach at Bayer Leverkusen during a breakthrough 2013-14 campaign and therefore knows from experience the talent he possesses.

Following the confirmation of Can's transfer on Thursday, the popular Finn kindly spared a moment for an exclusive chat with Liverpoolfc.com, in which he backed the midfielder to thrive at Anfield.

Hyypia said: "Emre is one of those players that always gives 100 per cent on the pitch. He is a very dynamic player and he is quite mature physically as well.

"He is quite a technical player and he does the simple things perfectly, with 100 per cent concentration, and I think he will have a great career at Liverpool.

"With the work ethic he has, I know the Liverpool fans will love him. He needs to make this next step forward in his career and Liverpool is a great club for him to continue to improve.

"He's also very skilful and he can play it very simple. I think he suits the Liverpool style of play and physically he can compete in the Premier League for sure.

"I was very happy for him to see him sign for Liverpool and I'm looking forward to watching him in the Premier League."

The Istanbul hero also welcomed the return of Champions League football to Anfield this term, insisting that Rodgers' charges are more than capable of holding their own in the competition.

He added: "It's great to see Liverpool back in the Champions League, where they belong. Anfield is a very special place, especially on a Champions League night, as I know well."

On a personal level, Hyypia will start the 2014-15 season with a new challenge, having taken charge of Championship side Brighton. It's an opportunity he is relishing.

He said: "I have this new challenge with Brighton and we are working hard and will give it all we can to reach our targets and hopefully one day we will meet Liverpool in the Premier League."