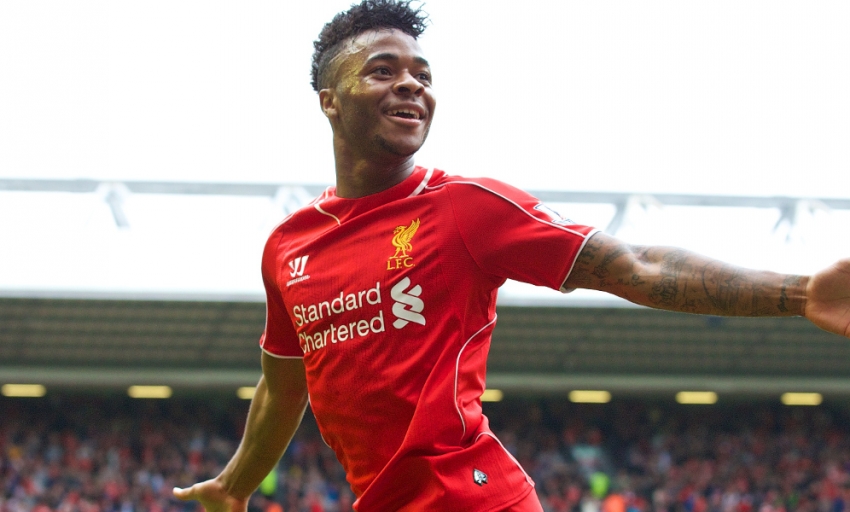 Jordan Henderson insists Raheem Sterling won't get carried away by the plaudits coming his way after his electrifying start to the season for club and country.

Liverpool's No.31 received two man-of-the-match awards after his display at Tottenham Hotspur last Sunday and again for England in their midweek 1-0 win over Norway at Wembley.

Henderson is a big admirer of Sterling's talents and has backed him to get even better.

"Raheem has been outstanding since he has come into the England first team and at the World Cup," said Henderson.

"He continues to do it for Liverpool every week and he rightly got man-of-the-match on Wednesday.

"He is a very level-headed young lad for a 19-year-old.

"His football brain is not as young as that, though. He is really clever in his positioning and he drives with the ball. He is outstanding and hopefully he can keep on improving.

"He plays with no fear, which is important, he just wants to get on the ball, run at people and make things happen.

"He was a big plus for us on Wednesday night and hopefully he can do the same on Monday."

Liverpool's No.14 admits he hasn't been surprised by the progression of Sterling since he first set eyes on him on the training pitch at Melwood.

He added: "He was 16 when I first saw him when he was training with us in the first team.

"You knew he was a talented player and could see he had the mentality to be a top player.

"But he has got to keep his feet on the ground. He is only 19, he has the right people around him at the club and off the field as well which is really important.

"If he keeps working hard, especially with the manager and the players here at Liverpool, then they can really help him kick on.

"I don't think Raheem would (get carried away). I see him off the field and he has the right people around him. I'm sure no-one would let him.

"It's not that difficult to keep grounded. It depends on what type of person you are.

"The most important thing around you is your family and friends and you just have to concentrate on your football and not let the outside affect you.

"You've just got to work hard in training and try to improve your game all the time."

The Anfield duo will now head to Switzerland for Monday's opening Euro 2016 qualifier in good spirits, and despite England being criticised in the national media for their display against Norway, Henderson insists the team are ready for any challenge that lies in wait.

He said: "It was important that we won the game, so we were pleased with that.

"We did a lot of good work with the ball and I thought we dominated even though Norway made it difficult at times.

"But overall, in the first half I thought we were good. Second half, we started sloppy and slow but we will look back at that.

"But we finished with a clean sheet and we had been working on our defence over the few days before the game.

"I thought the whole team was strong.

"We will look back and we can certainly improve but we look forward to the game in Switzerland on Monday."