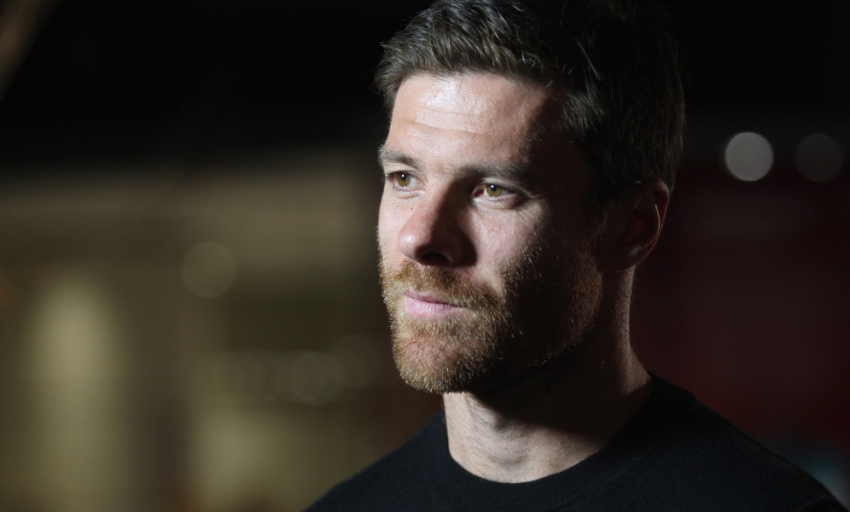 Arbeloa: Reds fans made me emotional

Xabi Alonso was undergoing his Bayern Munich medical when the draw for the Champions League group stages paired the club he was departing, Real Madrid, with Liverpool – the team he desperately wanted to face.

The Spaniard, who spent five years at Anfield and forged a strong bond with the Kop, completed his move to Bayern and - as expected - has since gone on to shine for the German club, becoming a regular almost instantly.

He's something of a fans' favourite already and it's easy to see why - the 32-year-old recently broke the Bundesliga record for most touches of the ball in a game, when he made an astonishing 206 against Cologne in September.

And the pass-master is the subject of an exclusive feature, which will air on the relaunched LFCTV in stunning HD on Wednesday at 8pm GMT. You can enjoy a free promo of the chat, entitled 'Xabi Alonso - The Next Chapter', below.

During the discussion with presenter Claire Rourke, filmed at Bayern's training ground, Alonso reminisces about his time on Merseyside, the team's triumph in Istanbul and the affection he felt for the Liverpool fans.

And as the Reds prepare to face Real at the Santiago Bernabeu tonight, we bring you an exclusive snippet of tomorrow's full chat, in which Xabi explains his own personal reasons for wanting Brendan Rodgers' side to go far in the Champions League.

"That's why I am so happy that they are back playing against the best teams in Europe. That's where they deserve to be.

"When the draw was made, it was like a little shock in my mind because I remember that I was going through the medical session at Munich. I came out from the scan and my agent asked me if I'd seen the draw.

"I told him I hadn't and he told me it was Liverpool and Madrid. It was like a shock in my body, because when I was still in Madrid, I was really happy that Liverpool were back in the Champions League.

"I was thinking, 'I would love to go back [and play against Liverpool] at Anfield,' because it's been so important for me and I wanted to be there."

Alonso still holds out hope that he can make an Anfield visit this season - and insists that should the chance to play in front of the Kop materialise, it would be a fitting way for him to thank Reds fans for their support.

"Hopefully Liverpool will come through to the next stage and hopefully we can meet in the later stages," he said. "It would be like closing the circle, to be back.

"A few years ago we played with Real Madrid at Old Trafford and Cristiano Ronaldo was playing back at his old home, and it was really emotional for him. I guess that if I had to do the same, it would be very emotional. Hopefully it will happen."

You can watch the full interview with Xabi – a chat not to be missed – on LFCTV HD tomorrow night at 8pm GMT. The show will then be available to subscribers on LFCTV GO from Thursday. To learn more about the Reds' official brand-new channel, click here.