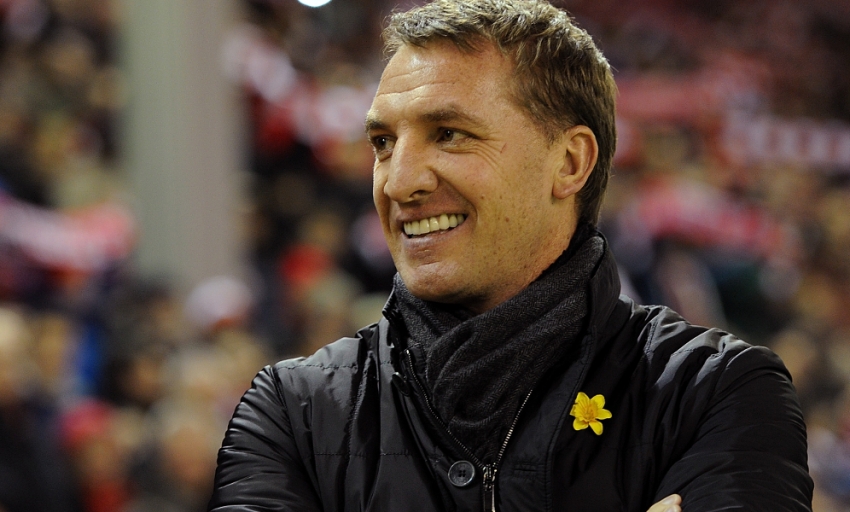 Jordan and Daniel goals down Burnley

Brendan Rodgers backed Liverpool to approach the final 10 league games of the season with great anticipation after continuing their fine form with a 2-0 victory against Burnley.

Nine wins have been recorded in that stunning run to haul Rodgers' side firmly back into contention for the top four and a Champions League qualification position.

So as he reflected on the latest positive result, Rodgers outlined why the remaining stretch of the campaign is a period for his confident charges to enter with relish.

"Over the last three months the games have been coming thick and fast, but the players have stood up to that," the Northern Irishman said inside the ground.

"They have achieved the objectives that we wanted to. Now we arrive with 10 league games to go and it's a period of the season that we're going to really look forward to.

"The nature of our game is based on the confidence to play, to pass and to move. You can see, aligned with that, the pressing in our game is very good.

"We've put ourselves in a very good position, but there's still a lot of work to go. At this moment in time, thankfully we're at a good level and we'll continue with that."

Fresh from a dramatic triumph over the reigning Premier League champions, the Reds picked up where they left off back on home turf as they went about piecing apart the Clarets.

A warning shot was fired after a matter of seconds when Sturridge and Adam Lallana combined intricately inside the penalty area and from there the Reds went on to control the tie.

Defensively, the hosts limited Burnley to one shot on target, while at the other end, Henderson and Sturridge showed their cutting edge to strike two impressive goals.

"I thought it was an excellent performance," continued Rodgers. "I think Burnley have showed this year that they are a very difficult team to play against, especially when they play on their travels.

"But as good as our performance was at the weekend, this was equally as good in a different way. The organisation defensively was very good. They had one shot on target and they have players who can cause you a problem.

"We scored two goals and had opportunities to make the game more comfortable. It was a very professional display and I'm delighted with the performance and the result."

Henderson was arguably the best player on the park as he made two decisive contributions to put the match beyond Sean Dyche's side.

First he latched onto a loose ball on the edge of the Kop penalty area and let fly with a scintillating strike which swerved viciously beyond the clutches of Tom Heaton and into the corner of his net.

Then, after the interval, Henderson showed fine technique as he lofted a pinpoint pass between the Burnley lines and into the path of Sturridge, who nodded the ball home to claim Liverpool's second goal of the game.

"It was a great strike from Jordan for his goal," reflected the manager. "We looked like we were going close just before that on a couple of occasions. But the strike was terrific and that gives you great confidence in the game.

"Then his ball for the second goal is terrific. He's got great technique and precision on that type of ball. We've seen it a number of times here, when he makes that pass.

"Technically, you see his qualities. His passing is improving. And he's becoming one of the real leaders of this young team. It was a wonderful performance by him and the team in general.

"It was very professional from a lot of young players. We controlled the tempo of the game and when we had to deal with issues defensively, we dealt with them really well."

Emre Can turned in yet another commanding display on Wednesday too, exhibiting the full range of his skillset, from defensive understanding to dribbles far into opposition territory.

Rodgers was asked specifically about the German international's potential and the boss explained just what could be in store for the man brought to Anfield last summer.

He said: "I look at him and I think you give him another couple of years and he could play in any team in world football - that's how highly I rate him.

"He plays at the back, is strong, aggressive and fast, and he serves the ball well. You move him into midfield, whether it's central or wide, you can see his football intelligence.

"He breaks through lines with his power and pace, and he has got great composure. He is settling into the game in this country very well. You can see the response by the crowd, they love him.

"He does the dirty work as well, he doesn't just play and look nice; he presses the ball really well, he is aggressive. I really think that he'll develop into a real world-class player."