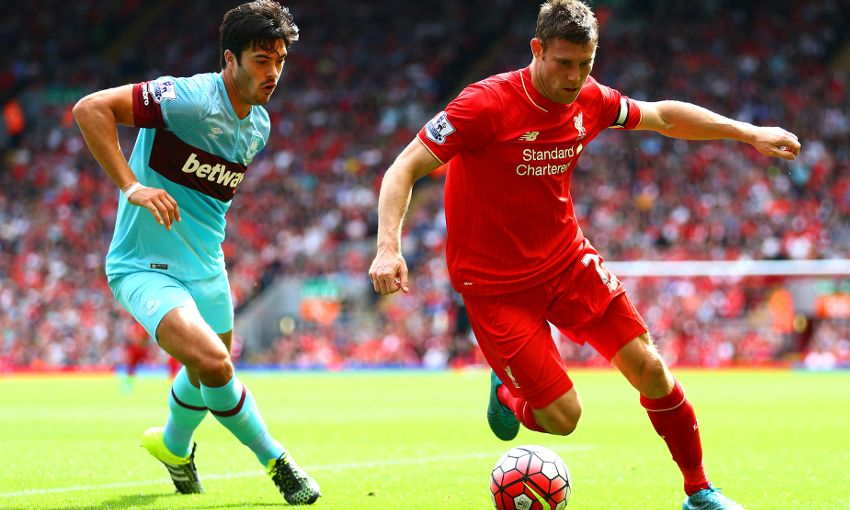 The Reds had chalked up three consecutive clean sheets before the clash but were behind within moments of kick-off when Manuel Lanzini pounced in front of the Kop.

Hammers captain Mark Noble doubled the advantage after 29 minutes and the challenge increased further for the home side when Philippe Coutinho was sent off.

Noble saw red himself in the final stages, yet the visitors – who beat Arsenal in similar fashion on the opening weekend – produced a stoppage-time third through Diafra Sakho.

“It’s a disappointing end to these first few games,” said Milner, who captained Liverpool in the absence of Jordan Henderson.

“It was tough to break them down – they had a lot of bodies behind the ball. They are organised as well and they have got a lot of speed and ability on the break.

“Once they got the goal, it gave them a boost and something to hang on to.”