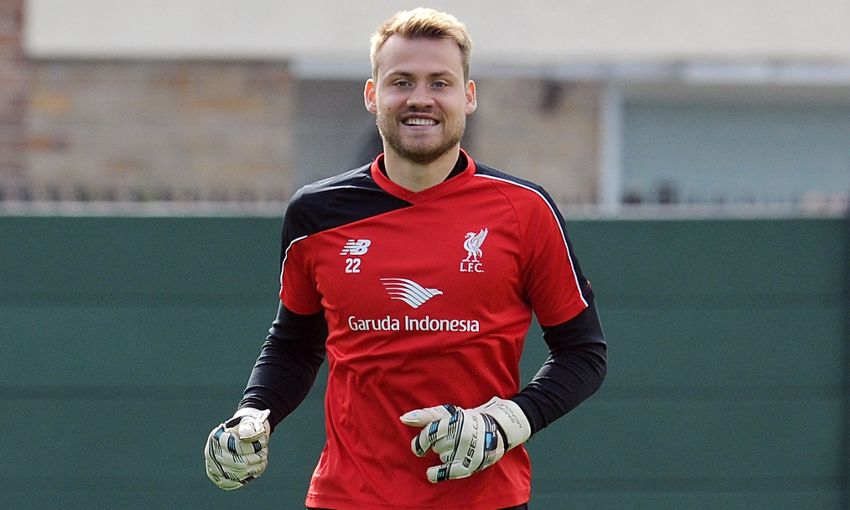 Simon Mignolet is looking to cap a period of personal redemption when Liverpool head to Old Trafford to take on Manchester United on Saturday afternoon.

The last time the Reds made the trip to face their bitter rivals away from home, the Belgian found himself out of Brendan Rodgers' starting XI having endured a period of patchy form.

A 3-0 defeat by Louis van Gaal's side did little to lift Mignolet's mood, but that double disappointment only fuelled his desire to make an immediate return to the first team.

Thankfully, it did not take long for the goalkeeper to be restored, and he has looked back to his best between the sticks as 2015 has developed.

The club's No.22 now has the chance to show how far he has progressed when he runs out at the home of the Red Devils this weekend.

"Last time I went there and sat on the bench. It was a difficult time. It was the day before the game when the gaffer told me I wouldn’t be playing.

"We trained a bit later that day before travelling to Manchester. I said to myself that I wanted that period out of the team to be as short as possible.

"I’ve never been one to sit on the bench. I said to myself you have to work hard and make sure this doesn’t drag on.

"You can do two things: moan about it and let your head drop or be positive and work as hard as you ever did to get back into the team and that’s what I did.

"Looking back, I’m very happy with how I responded to that. 2015 has been a good year for me so far - both on and off the pitch.

"Keeping those clean sheets and I saw a stat that over the past four years I have made the most saves in the Premier League.

"I think a lot of it is down to confidence coming back into my game.

"When you keep a couple of clean sheets, you don’t really hesitate or doubt yourself any more. I stopped thinking twice and went with my feeling instead."

After a promising start that saw them pick up seven points over the course of three games, Liverpool suffered defeat against West Ham United in their last fixture before the international break.

But Mignolet is keen to focus on the three clean sheets that kicked off the season and believes the performance in a 0-0 draw with Arsenal at the Emirates Stadium is 'the benchmark'.

"We started the season off well," the 27-year-old continued.

"When you can be tough to beat you always have a chance to win as we know we have the ability in the team to score goals.

"We won two games 1-0 and then we put in a really good performance against Arsenal. We kept a clean sheet and created a lot of chances in the first half.

"It’s always dangerous when you come back to a home game against West Ham. This league has shown that every game is hard. After going behind early in the game it was difficult. They were already set up to defend.

"We want to do well this season. The performance at Arsenal was a benchmark and a marker for the rest of the season. We have to try to perform at that level against United."

The Belgium international also confidently predicted that the Reds will improve on last season's poor record against their top-four rivals this time around.

"Why do I think we’ll be better? I look at how we played away to Arsenal," he added.

"We were tough to beat. We have to do the same things we did there and play in the same manner.

"We all know the importance of facing United. It’s not only the supporters who look out for these kind of games when the fixtures come out, it’s the same for the players.

"You always want to play in the big games and show your ability. We’re looking forward to the challenge."

Diogo Jota: It's a historical win, but we'll stay grounded